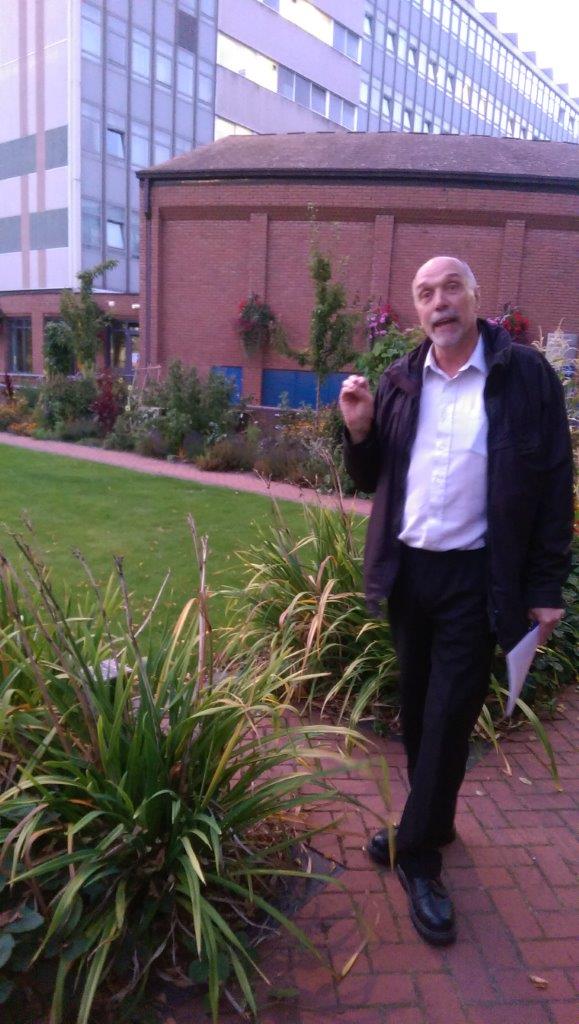 University’s Edible Campus. Developed over the last three years, under the guidance of Stephen Beasley (the University’s Estates Manager), this unique landscape was initiated for several reasons: 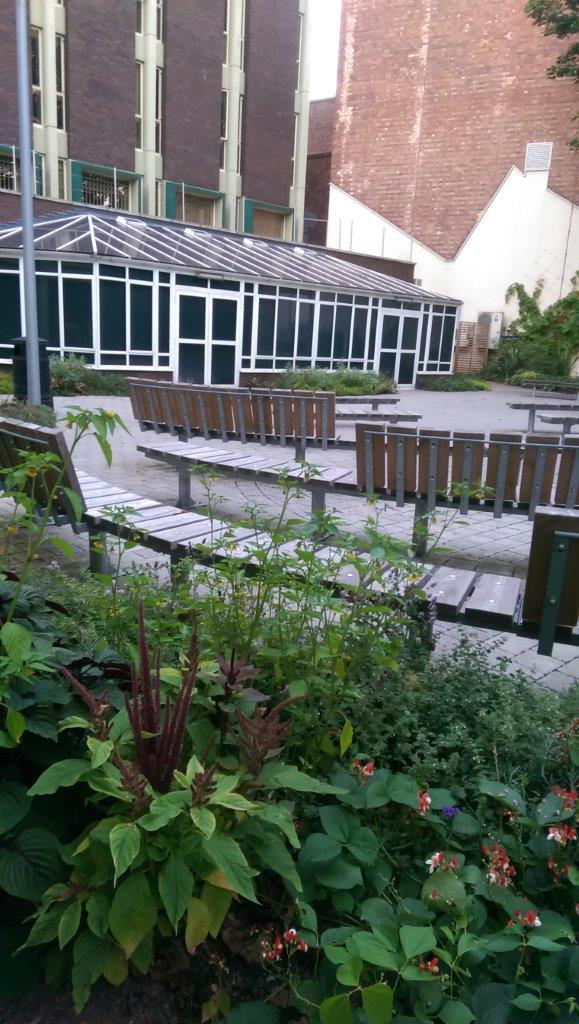 ian summer’s evening in early September, the grounds were looking particularly atmospheric and our tour took in several recent developments, including: 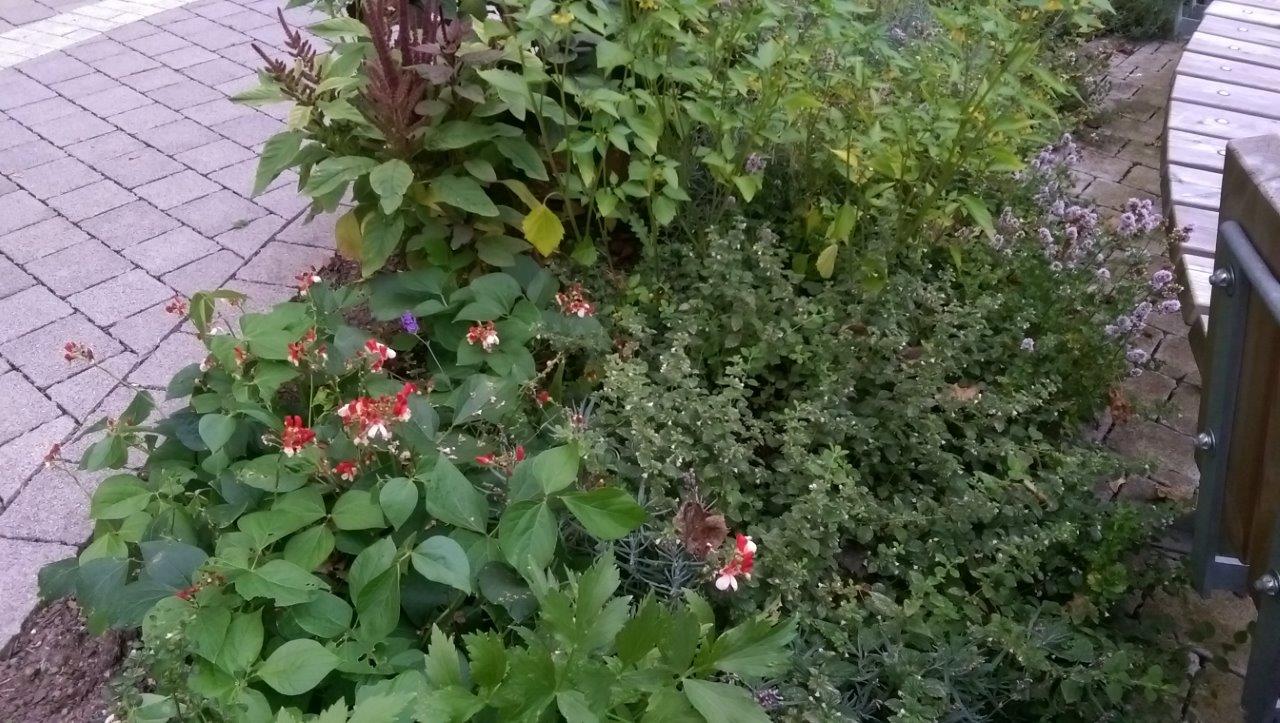 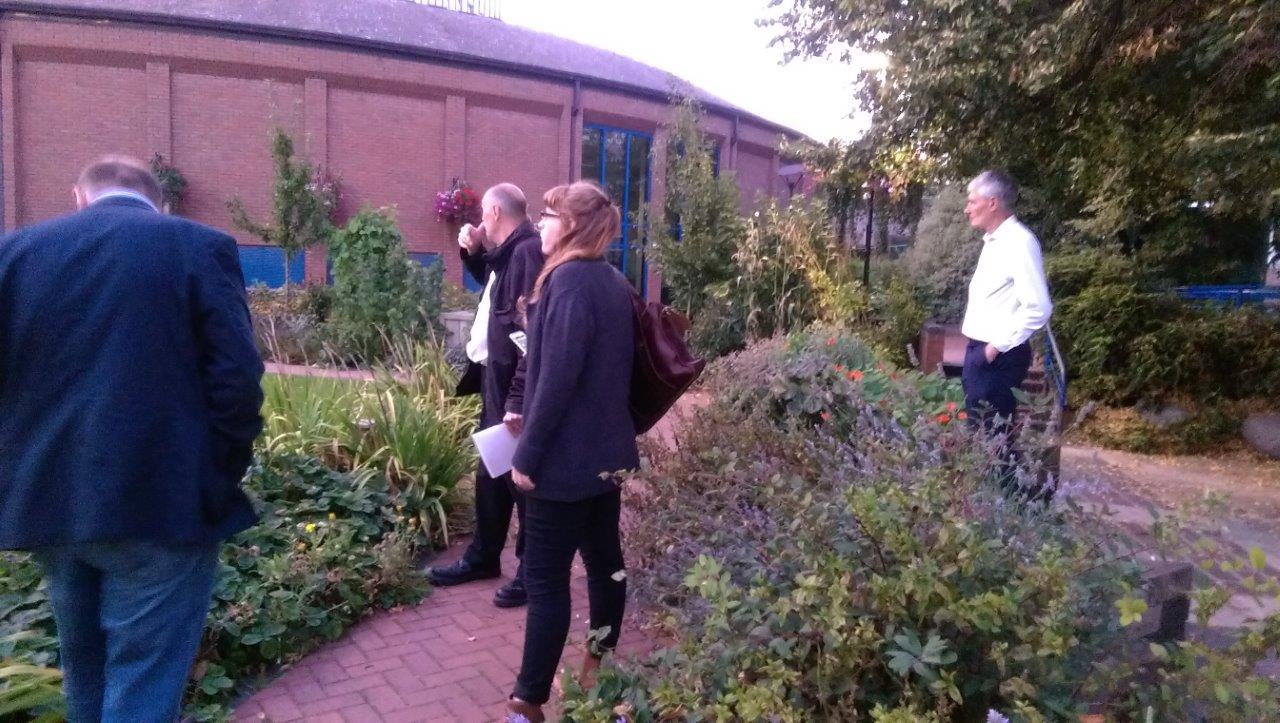 Awarded its first Green Flag award in 2014, this last garden is a wonderful example of an attractive, yet productive, landscape where everyone is invited to pick and taste the fruits, seeds and leaves as they mature. While most plants were instantly recognisable to us, recent additions that have been introduced to make Coventry University’s high numbers of overseas students feel more at home, proved more of a challenge! These edible gardens were first trialled in 2011 when two raised beds were planted with annual 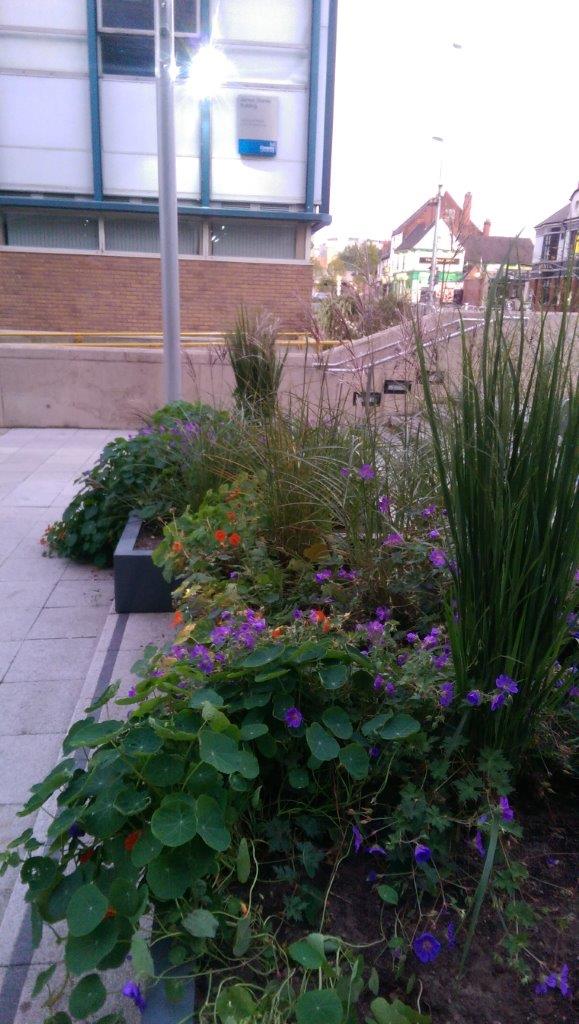 crops.  Contrary to expectations, given the open city centre location, it was the reticence of students and the public to harvest ready crops rather than over-exploitation or vandalism that struck the researchers.  The university’s skilled team of gardeners started to leave mature fruits and leaves on the walls to encourage people to take them and interactivity has increased, but in spite of sometimes enthusiastic harvesting by some students, the gardens remain well stocked and highly productive. As with the forest garden, the plantings here were mixed rather than regimented, using the principle of ‘stacking’ – different plants occupying different vertical and horizontal zones both above and below ground, as in a natural ecology. This applied equally well to the permanent plants and the annual crops. Sculptures, planters, and insect homes also add to both the form and function of the area, both increasing biodiversity and drawing attention to the importance of these habitats in a densely populated (and hard landscaped) part of the city. 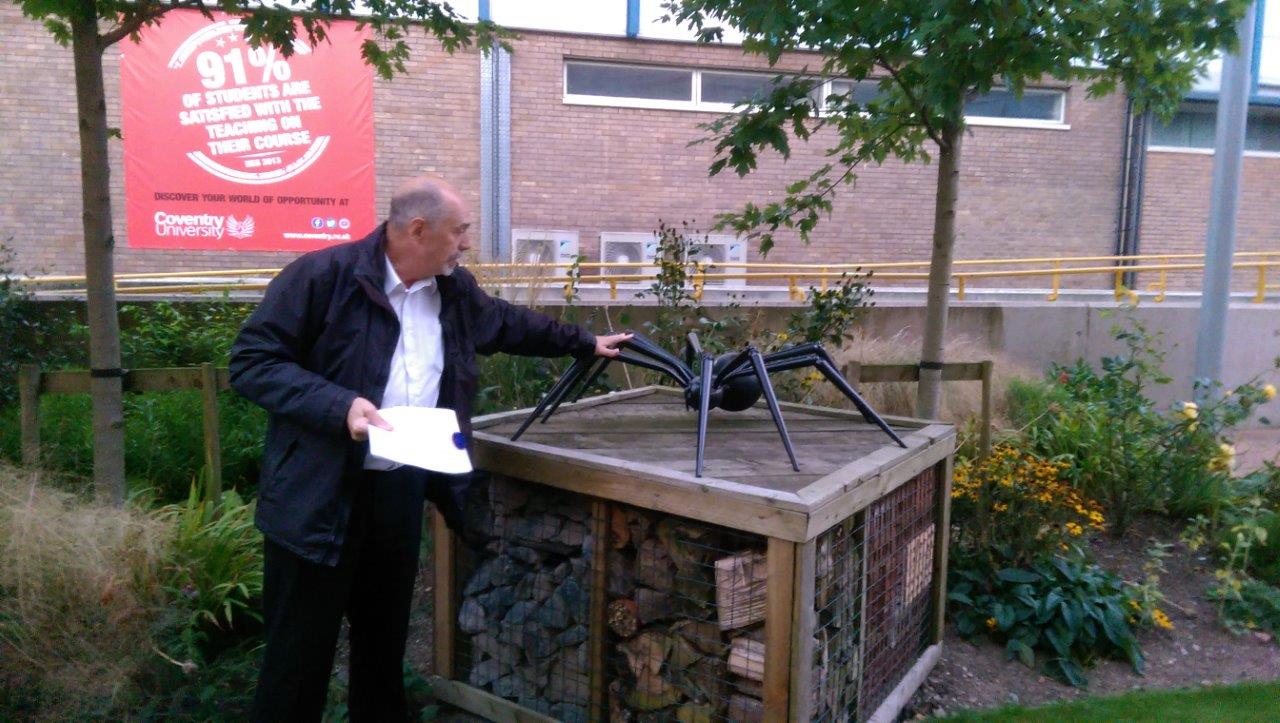