Breathe new life into urban spaces with clever landscape design As our urban spaces grow, we’re left with fewer places where we can get back to nature. But inspirational developments have begun to crop up around Britain – and the wider world – that combine our need for green spaces with planet-saving considerations. Here we look at how adding landscape design to urban developments can grow that green-friendly feeling.

Post-war Britain was, architecturally speaking, a time when form took a back seat to function. New housing was built with a view to saving space and when it came to the aesthetics of a project, there was precious little room for manoeuvre. The brutalist blocks of flats which sprung up around the UK may have been essential, but they did little to lift their local surroundings. When it came to the residents, that crucial sense of belonging in a space they could call their own was sorely lacking.

The best architects are now grasping the importance of creating spaces within the urban environment that promote a unique sense of identity. As they also look to make our surroundings more sustainable, city planners across the world are identifying the spaces which would benefit the most from a design overhaul that incorporates elements that are cleaner, greener and more people-friendly.

Projects in continental Europe and developing Asian nations prove clever landscape design ideas can boost a city’s sustainability credentials and the overall quality of a space. The advantages for residents are three-fold – their city looks better, feels more like a community and they can start taking real pride in it. 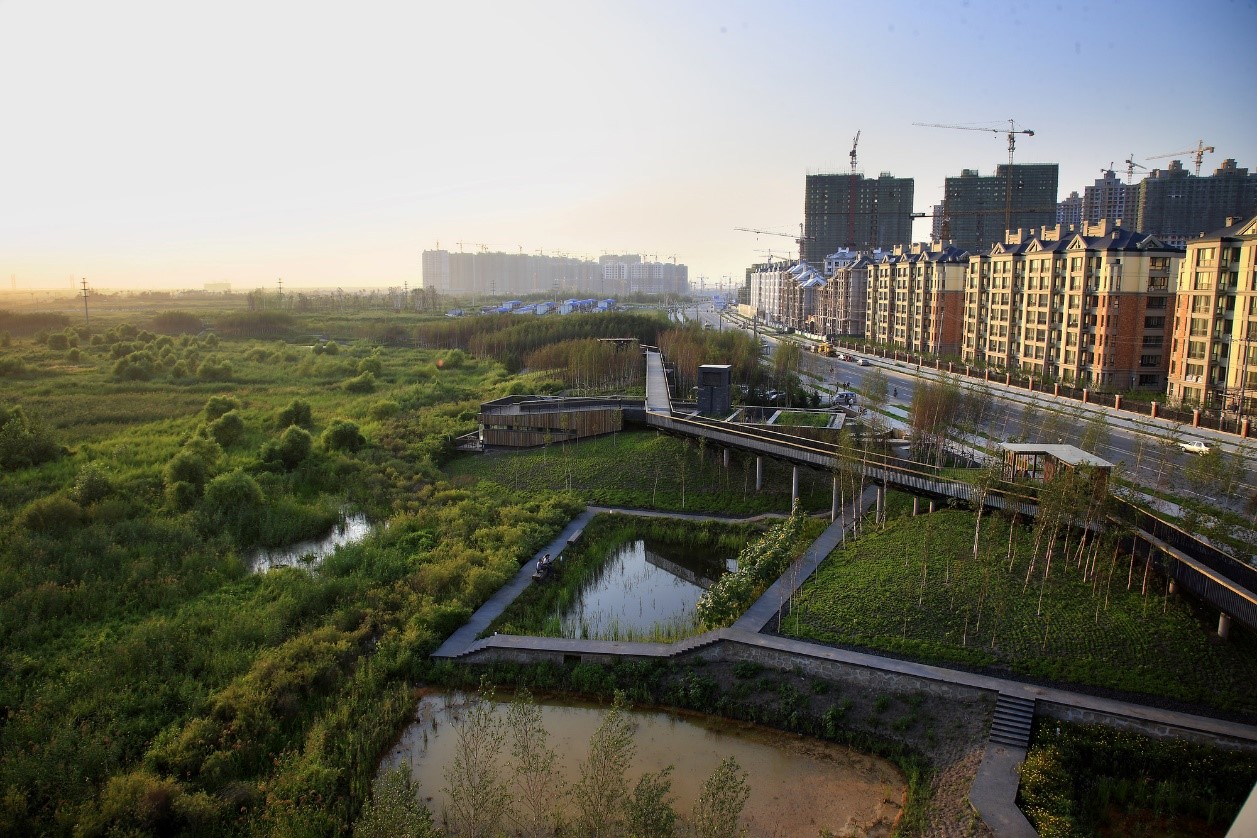 A decade ago in northern China, work began on Qunli New Town; a fledgling community on the outskirts of the sprawling city of Harbin. The original city grew from a fishing settlement on the Songhua River, which remains the region’s defining physical characteristic. However, a protected wetland in the area came under threat from the rapid development of Qunli, which cut off its main supply of water on all sides.

Planners were tasked with adapting the wetland to conserve its natural use and manage the water collects here due to the region’s severe levels of rainfall.

The project team left the central core of the wetland untouched, but used cut-and-fill techniques to develop new ponds and mounds around it. A pipe then distributes the water gathered in the new inlets evenly into the wetland. This nifty solution allows its vegetation to grow naturally as it did before the development work began – and at a safer, more consistent rate.

Around this, developers created a number of walkways, viewing platforms and communal areas so that the space could be enjoyed as a natural beauty spot in the centre of the New Town. The result? Stunning greenery and an oasis of communal calm at the heart of a flourishing city. 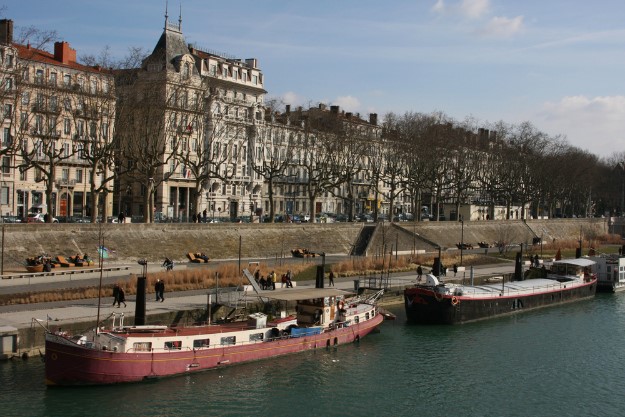 While Britain is beginning to take stock of the many riverside areas in dire need of redevelopment following the decline of its shipping trade, France has already come up with an admirable use of one of its major city’s waterside spots. Lyon’s East Bank area was, until a decade ago, used primarily for parking. But in 2005, when work was completed on a new design to revitalise the space, thoughts turned to a more socially and ecologically desirable use of landscape architecture.

Close consultation with the local community saw the need for a recreational space emerge as the key focus for the project, which is nestled by the Rhone riverbank. A three-mile stretch of land alongside the river was duly transformed from parking into park space, cycle paths and pavilions, with plenty of seating to take in everything from public performances to art installations.

While some of this stretch retains an urban edge, the riverside now feels a world away from the busy city upstream. What’s more, the east bank remodelling pulls in those who live and work in the city centre, all keen to soak up the new air of vibrancy down at the riverside.

Here in the UK, clever use of urban space design is already having a positive impact on the environment. London’s Clean Air Fund was set up in a bid to tackle our capital’s pollution problem and is finding innovative ways to do it. A prime example is the 180 square feet of living wall installed by Biotecture on the side of Edgware Road Tube Station.

This vertical garden teems with 14,000 different plants from 15 different species[1], all handpicked for their knack of trapping harmful pollutants. The smaller leaves and felt-like textures of varieties such as Munsted lavender, geraniums and lamb's ears are a magnet for particles that could pose a threat to public health.

A remote-controlled irrigation system drip feeds the wall twice a day, while the local air pollution readings are carefully monitored to track its progress in breathing life into London’s polluted air. The Biotecture team continues to experiment with different varieties of plant to assess which are doing the best job of keeping the air cleaner.

The living wall on the corner of Marylebone Road is a visually striking example of the effect that reintroducing greener elements can have when it comes to revitalising an urban setting. Not only is it a feature that brings a flash of nature to city dwellers, it’s also working unseen wonders for their long-term health.

Today, more than half of us live in towns and cities – and the UN predicts that this will rise to two-thirds by 2050[2]. The gap between urban and rural settings is widening, leaving us further removed from the natural world than ever before. Yet, by bringing new and increasingly inventive landscape design ideas into cities, we can hope to reintroduce rural elements to urban spaces, creating areas that are not only visually and socially enhancing but kinder on the environment, too.