Previously in our series on smart cities, Smart Cities: Signage of the Future, we presented how cities are using intelligent signage that only shows the information that is requested by the user or information that changes depending on the context.

On this occasion we are going to have a look at how cities are incorporating smart street furniture - that is more responsive to the public’s needs - within their landscapes, with examples from around the world. 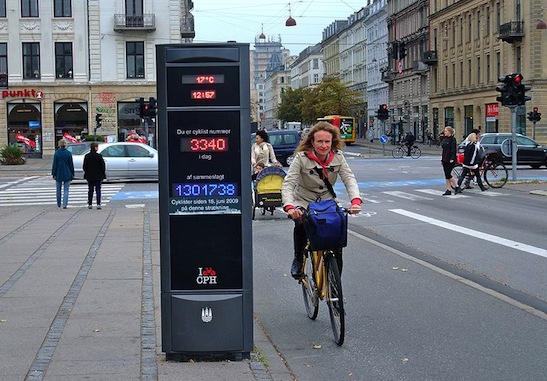 According to the European Cyclists’ Federation (ECF), the Netherlands and Denmark are the most cycle friendly countries in Europe.  This news shouldn't be a surprise, considering how these countries are constantly improving their cycling infrastructure.

Fueled by the need to make cycling safer and easier, in 2008 Copenhagen launched the Green Wave, aiming to give cyclists more space for their morning and evening commute as well as reduce the number of cars on the roads.  This was done by using traffic signals that were regulated to allow a continuous flow of traffic in one direction.  For cyclists who biked at 20km/h, the lights were timed to stay green all the way into the city centre and not be stopped by any traffic.  The success of the Green Wave has been copied and extended to other countries like Amsterdam and San Francisco.

Also in Copenhagen, you might find a bicycle counter complete with an air pump for cyclists’ convenience, which can be used for free.  The asphalt on the bike lane has a ‘sensor line’ within it, which helps the counter to register the cyclists.  The SIM card in the counter sends information automatically to the City of Copenhagen’s Center for Traffic. 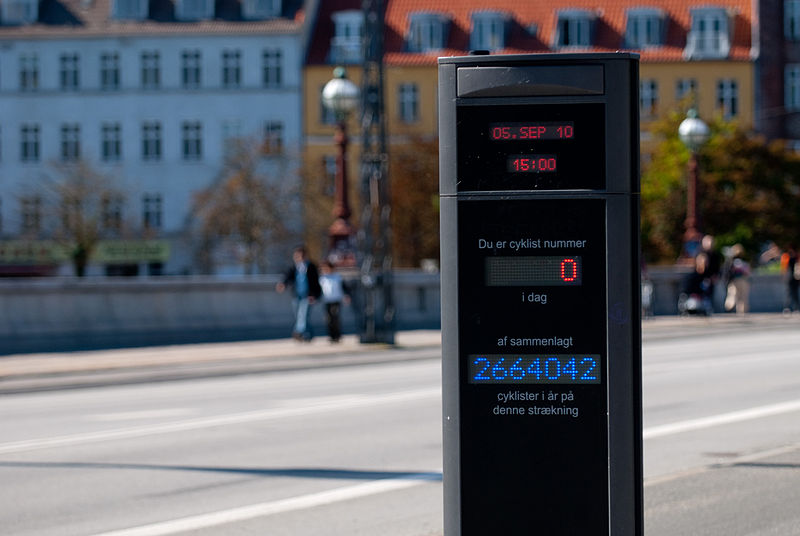 This Danish concept was first installed in 2009 to showcase public data in a way that is interactive and transparent, as well as enjoyable for citizens. The device provides a constant stream of cycling data allowing us to understand how cyclists are traveling through the city.  These digital barometers display not only the current number of cyclists but also the number from the previous year.  Besides counting cyclists and keeping track of the status of cycle traffic, the counters are able to register speed, the distance between the wheels, and temperature. 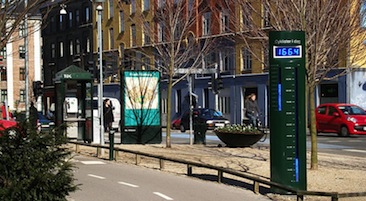 The German Ministry of Transport sees bicycle counters as “visible proof of a dedicated effort to strengthen cycling”, and have become landmarks of Germany's cities.  The role of bicycle counters is being viewed as a daily reminder to the responsibilities carried by city planners and politicians of how valuable their work is in the process of improving the levels of sustainable mobility.

Some UK locations like Cambridge and Hackney have noticed the potential of these counters and started installing them to mark the importance of cycling.

Cycling counters allow citizens and councils to easily process data of active transport as well as make people’s efforts to ditch the car more visible, empowering those who want to give it a go but haven’t yet jumped on the saddle.

Bins That Know When They’re Full

Intelligent technology is also making its way to street items you wouldn’t necessarily expect to see it, such as bins.  We wrote about bins that had the ability to track passers by in our Cities With Brains article under “Are You Being Tracked”, but the application we’re describing here is far less sinister: by using built-in sensors, bins can detect how full they are and call for collection only when it is needed.

Finland, for example, is making collecting the garbage smarter with its own product Enevo, a system that records when collections are made, allowing operators to predict when the bins will be full.  This data is especially useful in winter when bin usage in certain areas goes down, such as when people stop fishing.  Previously, waste management companies didn’t have access to any of this information, but the smart garbage systems are making collections fewer, smarter - and more importantly - they involve less fuel, so are cheaper to run and are better for environment. 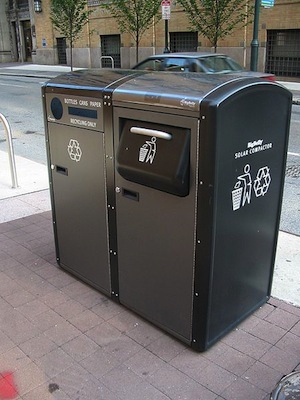 The University of Washington has found an interesting way of making rubbish bins more energy efficient with a high-tech solution. Instead of wasting 61 percent of rubbish, the university introduced solar-powered kiosks that collect, compost, and recycle garbage.

The kiosk is powered by solar energy and programmed to send out text alerts when the bin needs emptying.  The wireless communication is possible thanks to sensors, turning the bin into a green machine, allowing the university to hold 500 percent more waste, reduce the number of collections by four or five per week, and decrease energy consumption. 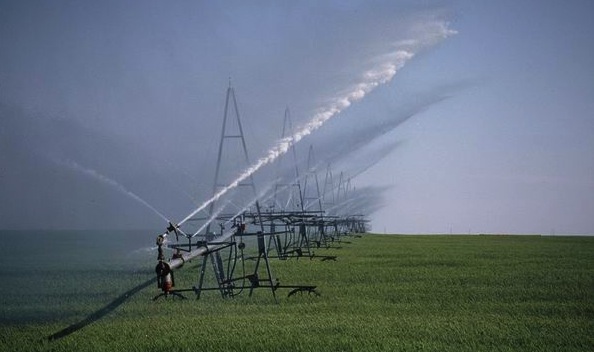 While not street furniture, the sensor based technology in this next example is worthy of mention.  With more and more countries around the world experiencing extreme weather conditions and suffering from droughts and floods, helping farmers with smart solutions has never been more important.  New data-gathering technology is finding a use in farming, especially in irrigation.

The innovation, which relies on GPS technology and low-cost sensors, is helping farmers to make smarter use of water, saving electricity by reducing the need to pump and saving fuel by reducing the need to drive over fields.  The low-cost sensors, encased in PVC pipes, and the GPS system, gather information about temperature and soil moisture from different depths and locations, which is transferred onto a computer for review and analysis. 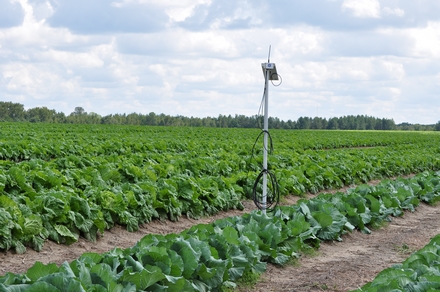 These programmable systems were developed by the University of Georgia to help farms facing the worst droughts since the 1950s and allow them to survive through more intelligent irrigation.

Since then, different models have emerged due to the rapid expansion of wireless communication technologies and convergence of the internet, allowing farmers to choose other solutions like leaf sensors and sensors powered by radio waves.

This technology promises a degree of certainty plus it allow farmers, in a matter of a few clicks, to gather information on a computer for real-time observation.  Whenever needed, the systems can apply quick and efficient adjustments while not wasting any water, as this technology makes sure that nothing is sprayed where it’s not needed.  These advancements have already cut water wastage by up to 30%.

It is this water management technology that can be usefully incorporated into tree-pit irrigation systems to equal effect - saving water when needs be and alerting civic authorities when trees need watering.  These sorts of systems can offer the same savings benefits as 'bins that know when they are full' in needing service only when it really matters.