LED street light design is a completely different challenge to traditional discharge lighting. This article discusses an important consideration in the form of maintanance factors. Although LED's promise exceptional life cycles - what happens when you put them in the public realm in difficult environments?

When designing with discharge lighting the concept of maintenance factors is well understood and documented. Once a cleaning regime for the proposed scheme has been determined then the appropriate luminaire maintenance factor can be determined from tables in the British Standard.

These figures are published for luminaires of IP65 or greater and, as no appreciable dirt will enter these optics, the figures therefore relate to the dirt build up on the outside of a luminaire which obscures the light leaving the optic. 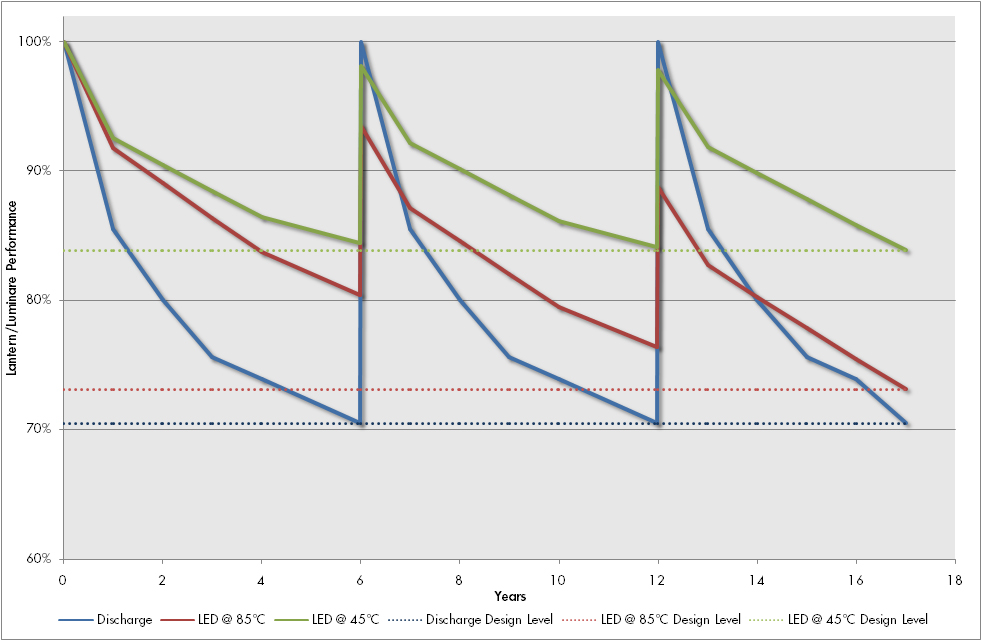 Shows depreciation of overall light output over time taking into account both dirt build-up on the luminaire and the reduction in output of the lamp over time. Design level lines show the level the scheme must be designed to. 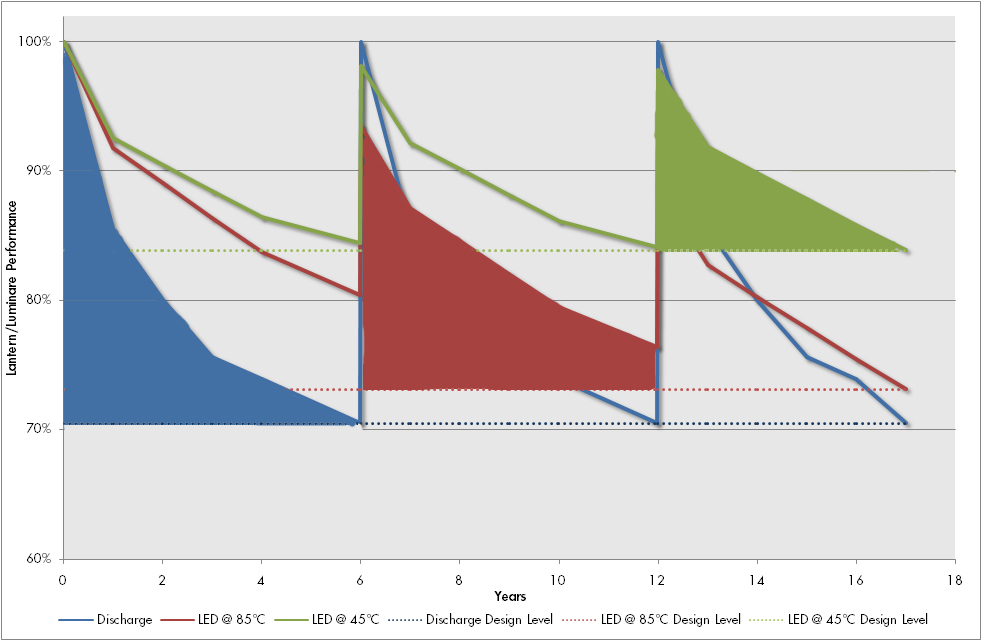 Shows wasted energy due to over lighting.

The Challenge of LED Light Design

When we design with LED luminaires we are faced with a challenge. Assuming that the LED luminaire is sealed to the same degree i.e. IP65 or greater, then the same luminaire maintenance factor will be applicable.

However, the LEDs are not replaced at cleaning and if the quoted lifetimes of 50 to 60,000 hours are reached then it will be 15 years or more before the LED modules, or indeed the whole luminaire, are replaced.

LEDs in general do not fail suddenly as we are used to with discharge lamps, the light output of an LED gradually reduces over time. The L70 figure is commonly quoted for LEDs as the life in hours as to when an LED will reach 70% of its initial brightness. If this figure of 0.7 is used as the source lumen maintenance figure, and then multiplied by the luminaire maintenance factor, then we end up with a design maintenance figure of 0.58 for a six year cleaning cycle.

Plotting the output of the light source solely we get a graph as shown in figure 2 (below.) This is in contrast to the graphs plotted above, which are inclusive of the cleaning regime. 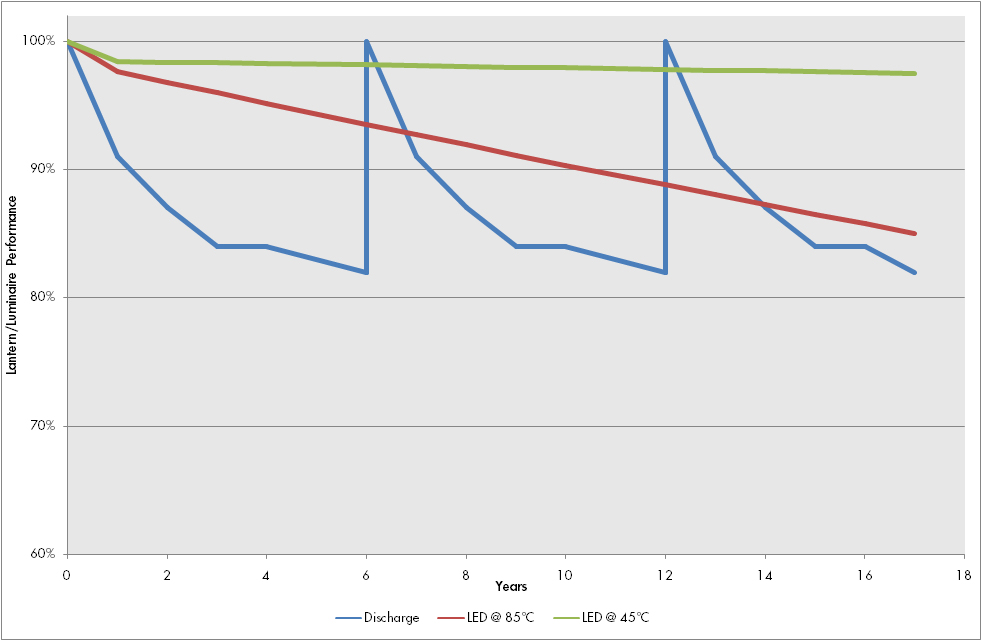 Shows reduction in output of the lamp over time. Blue line shows drop in output for a discharge lamp, which gets changed every 5-6 years.

LED power supplies are now being developed that compensate for this. They slowly ramp up the power supplied to the LEDs over the predicted lifetime. This helps to compensate for the gradual lumen depreciation over time and can lead to much improved lumen maintenance figures. Additionally, as the LED is effectively dimmed on initial start they are not stressed to perform at 100% and the diode will last longer as a result.

Here are our calculations for reference, please note they are generic LED projections and not specific to Marshalls components or luminaires: