Using turf as a roofing material is not a new idea by any stretch of the imagination, but only recently have we seen green roofs appearing in developed urban locations. A map created from aerial images by the Greater London Authority and the Green Roof Consultancy shows that there are 678 known green roofs in London, and even more have popped up since the map was first created.

‘Greening’ infrastructure elements makes a lot of sense. The rise in ‘edible’ urban features such as bus stops and shared gardens has shown that communities are receptive to and enthusiastic about a more biologically diverse urban landscape. Greening roofs is one way to encourage biodiversity and citizen wellbeing that comes with a host of wider benefits, as we’ll see in the examples below.

What is a green rooftop? 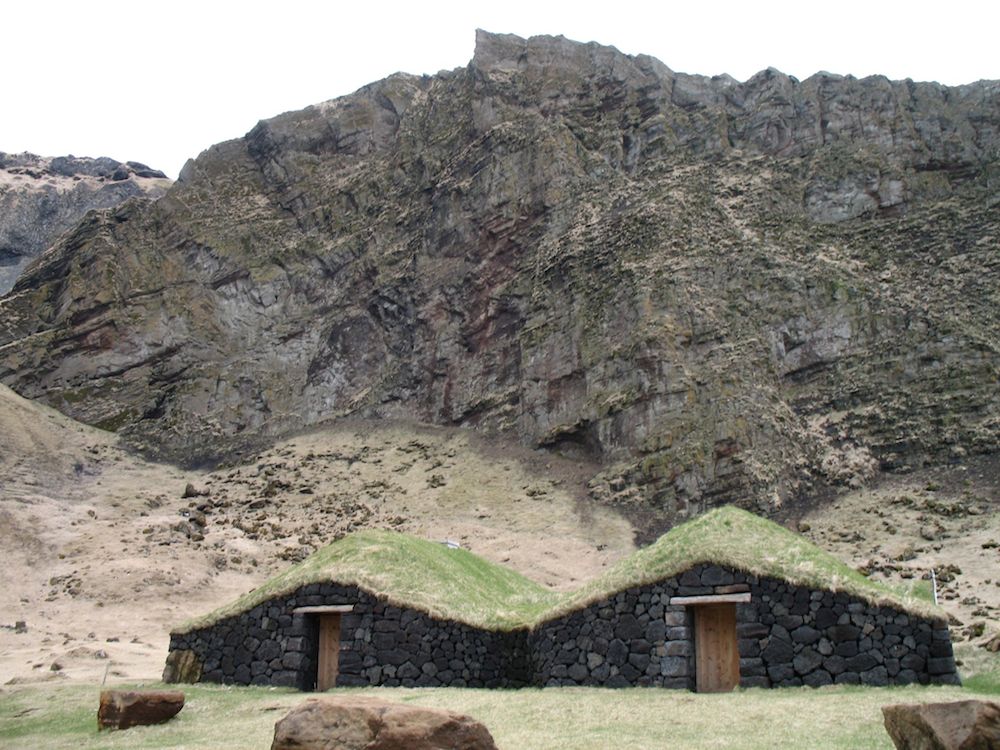 A green rooftop is a layer of vegetation and substrate that either forms the roof of a building, or is added over the top of an existing roof. As well as being an effective, attractive roofing option in construction, green roofs can function as source-control sustainable urban drainage systems (SUDS). (Source control measures deal with run-off at or close to the surface where rainfall lands.)

The ‘extensive’ type of green roof usually covers a structure’s existing rooftop, and helps to prolong the roof’s life. The substrate of extensive green roofs tends to be 100mm or less in depth, and often can be made up of pre-grown vegetation mats. Extensive roofs are low maintenance, and provide insulation and soundproofing, but do not offer the same water holding capacity as their deeper counterparts.

Extensive roofs can also be created using modular sacks filled with soil and planted with a variety of species, known as ‘pocket habitats’. By creating a mosaic of different species with different modules, biodiversity can be achieved even in this low-impact form. 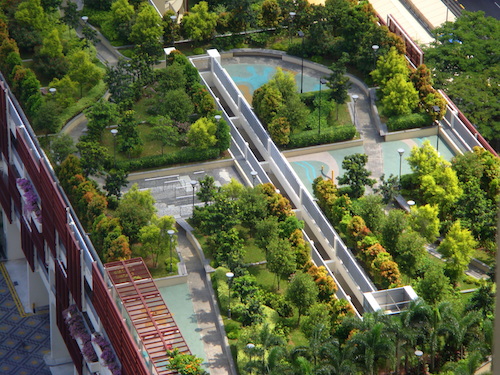 Intensive roofs on the other hand can be 200mm deep or more, accommodating a much wider range of plants, even including small trees. With such potential for biodiversity, they often become rich habitats, and serve as amenity spaces that require some maintenance. As you would expect, intensive roofs provide better insulation and cooling potential, and have a greater capacity to attenuate rainfall.

What are the advantages of adopting green roofs now?

Green roofs could be a really significant investment for the world’s cities. They could promote urban resilience to changing factors like climate change, increased population density, and health and wellbeing problems that are exacerbated by a lack of green space. Green roofs help to cool their locality, mitigating the urban heat island effect, and reducing the overall carbon footprint of the building. Importantly, they also hold storm water, easing pressure on drainage systems and sewage. 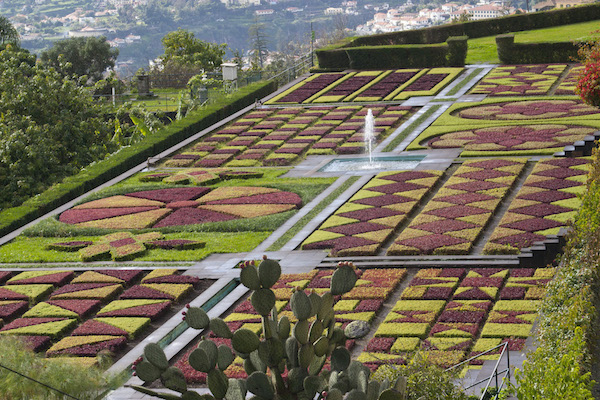 Then there is the question of space. Making use of the 5th façade by adding a green roof top, or indeed incorporating one from scratch, adds amenity space for growing food, new habitats for wildlife, places to play, and provides an opportunity for people to get outside and interact with nature. Improved biodiversity is a key benefit for some advocates of green roofs, with evidence suggesting that the vegetation could even help to reduce level of phosphorous and nitrogen in the local atmosphere.

Green roofs around the world 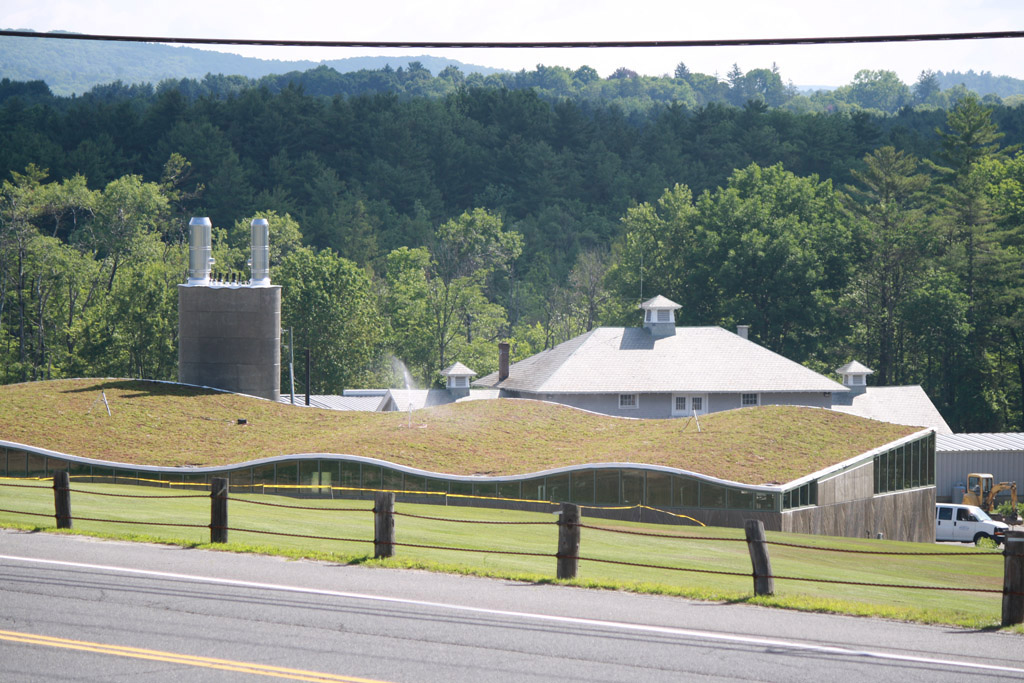 The wavy green roof of Hotchkiss School in Connecticut features rain gardens that are designed to slow and filter rainwater before it enters the ground. It’s a source control measure that has the added benefit of blending the new building into the surrounding landscape, as well as improving heat and sound soundproofing.

The sloping green roof of the Moesgaard Museum rises up out of the hillside on which it is situated. It’s planted with grass, moss, and flowers, and punctuated with structures that house windows, to let natural light in to the exhibition spaces below. This green roof provides extra space for visitors to wander, for outdoor lectures to take place, and for sledging in winter, when it is covered with snow. 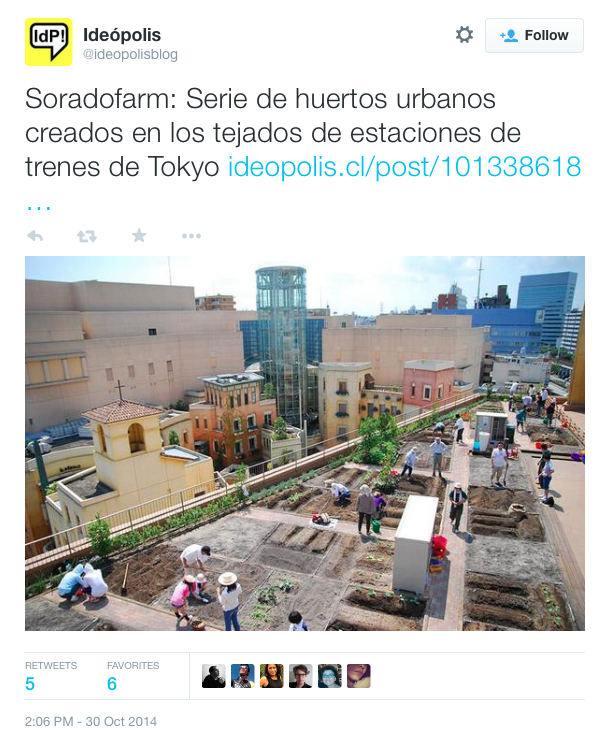 Over the last few years, ‘Soradofarms’ (rooftop vegetable plots) have started to spring up on top of Japanese railway stations. They are operated a bit like allotments in the UK, in that each 3m plot can be rented for an annual fee of around £620, which includes access to tools and equipment. If tenants are too busy to tend their plot, they can pay extra for weeding, and crop harvesting services. This is a great example of green infrastructure used to promote wellbeing, providing extra space in urban areas, and generating income too. 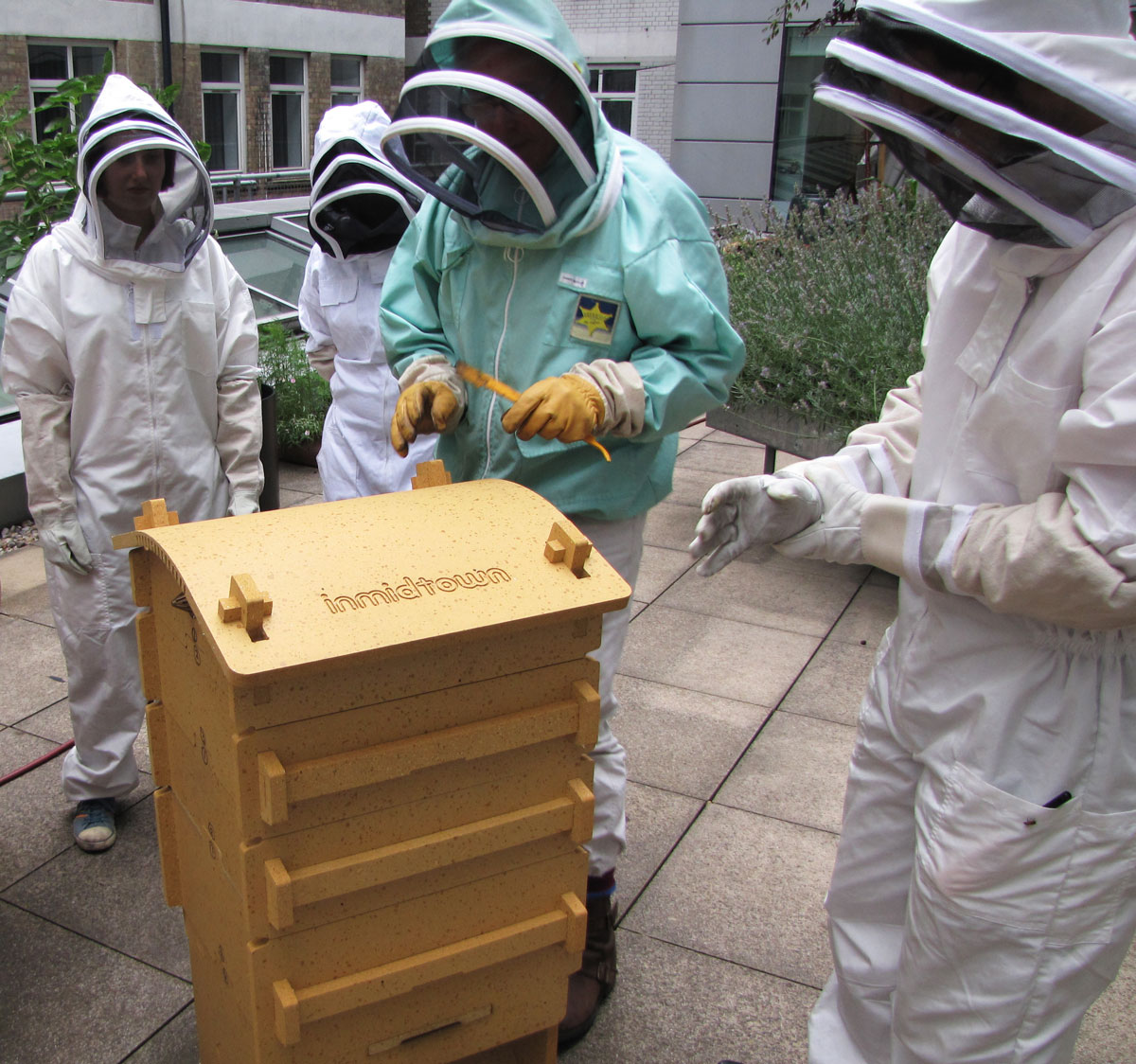 Inmidtown, the Business Improvement District for Bloomsbury, Holborn and St Giles, is starting to tap the potential of green roofs. They can improve employee engagement and wellbeing, reduce carbon emissions, and save on energy use. The environmental benefits are just as noticeable in a business context as elsewhere, but it’s the potential of the extra space that gets people excited. Organic produce farms reduce food miles and allow employees to stretch their green fingers. New spaces help staff get fresh air and eat lunch away from traffic, and there is even room for a spot of corporate beekeeping.

Toronto is the first city in North America to have a bylaw that requires and governs the construction of green roofs in new development. It was adopted back in 2009, initially applying to new building permit applications for residential, commercial, and institutional development, and later on covering industrial development as well. 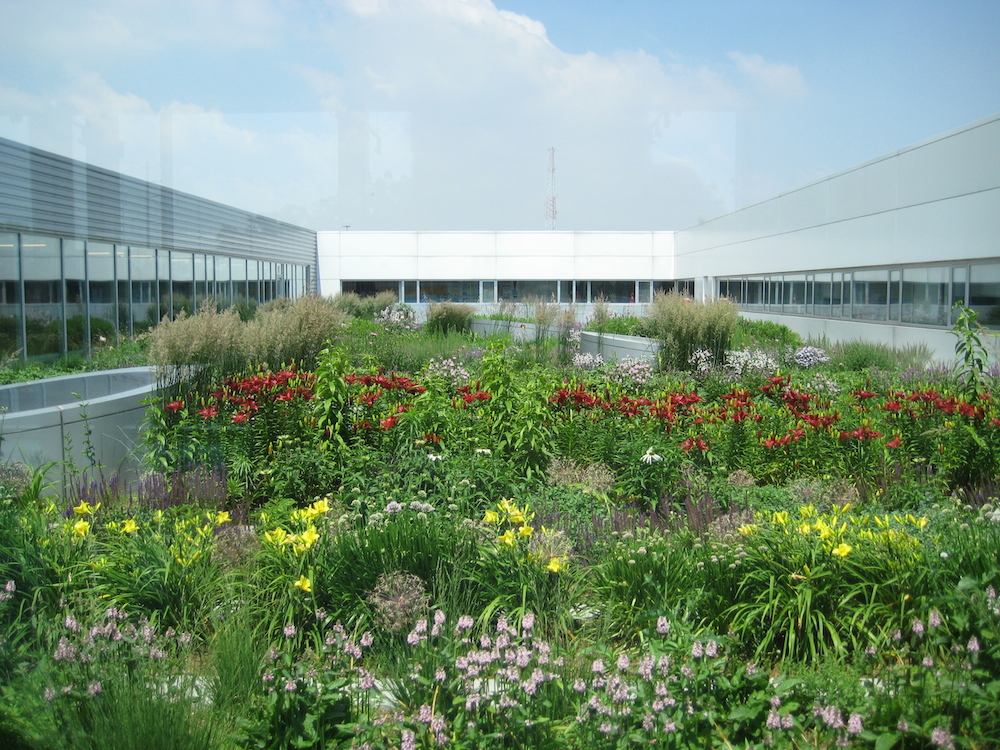 The step Toronto has taken highlights a common challenge in green development: the measures that make perfect sense environmentally are not always the measures that the legislature has been written to deal with. The answer here was to change the legislature to make greening infrastructure a straightforward, indeed compulsory, option for planners, developers, and architects. 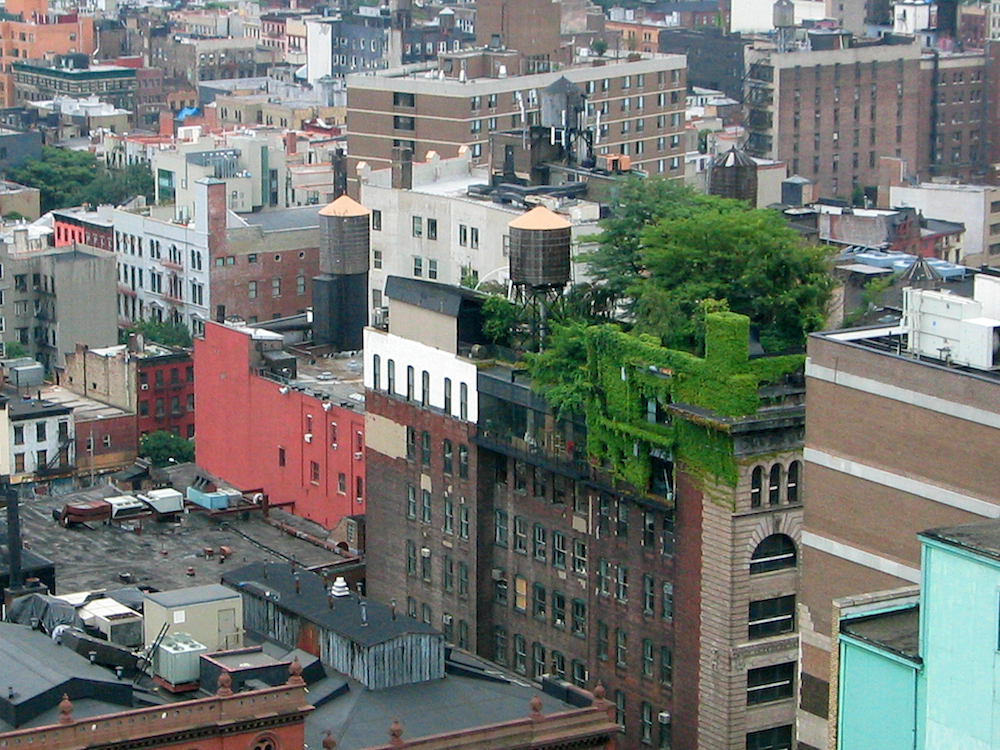