The World’s Most Eccentric Buildings

Throughout history, the creation of the most lavish and indulgent architecture has been the biggest signifier of a country’s prosperity and success. Even in these cost-conscious times, the sentiment remains the same as property developers look to make their mark on the landscape in extravagant style. Here we look at 10 of the most outrageous creations of the modern era. 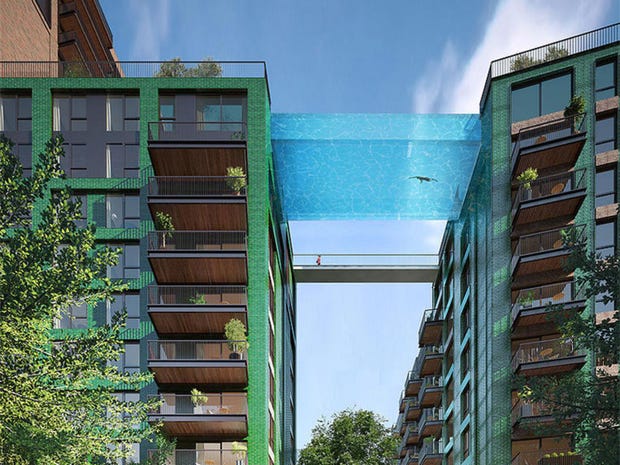 The design for the pool at Embassy Gardens, Nine Elms

This addition to the already luxurious Nine Elms development proposal will allow residents to gaze down 10 stories from where they swim – via the bottom of their glass pool! Eight inches of reinforced glass will separate swimmers from thin air, as international property development company Ballymore’s founder Sean Mulryan says he wants “places and spaces that are more than just bricks and mortar. The pool is testimony to this philosophy and gives the development a unique character.” 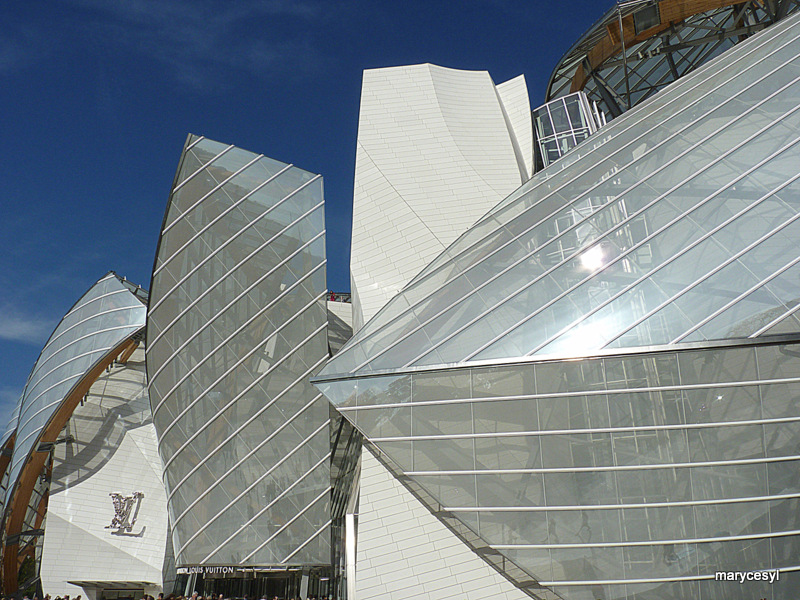 Designed by the legendary Frank Gehry and opened in 2014, Fondation Louis Vuitton is located just a Metro stop away from the river Seine. Visitors are torn as to what the form represents, whether it’s a budding flower or what The Guardian calls ‘an avalanche of glass sails’. The project was commissioned by Bernard Arnault, head of the Louis Vuitton brand, and contains his own personal collection of art. The building will be given over to the French public in 55 years’ time , but for now it remains a unique addition to the iconic Paris skyline. Perot Museum of Nature and Science

At a cost of roughly £120 million , the design of Dallas’ Perot Museum is what the LA Times calls ‘a cynical exchange between architect and client’ – a mostly windowless cube that extends high into the Dallas sky. However, the roof of the building comprises an acre of Texas-grown grasses and a smattering of rock shards, giving the area a feel of nature amid the big city backdrop – an argument against the cynicism of the building’s design, not to mention the car park borders being made up of plants that capture run-off water – a little piece of rain garden in the otherwise fearsome Texas heat.

The Tel Aviv Museum of Art is one of Israel's leading artistic and cultural institutions, envisaged and founded in 1932. The new wing of Tel Aviv’s museum was initially touted as ‘a waterfall of light’ and, composed of 430 concrete panels skewed in all directions, the frontage is a work of art in itself. So unlike any other building in the city, the Tel Aviv Museum of Art looks a little to us like a landed spaceship!

A waterfront location, three 55-story towers and what appears to be a giant boat spanning across the top of them – this can only be Singapore’s first Integrated Resort. At a construction cost of over $8 billion, it’s also one of the country’s most expensive buildings – but by promising an added percentage point to the country’s GDP, it’s already paying off. We’re most taken aback by the feat of engineering that’s seen the addition of the Singapore Sky Park to the three towers – this immense build has previously been featured on the Discovery Channel.

City of Culture of Galicia 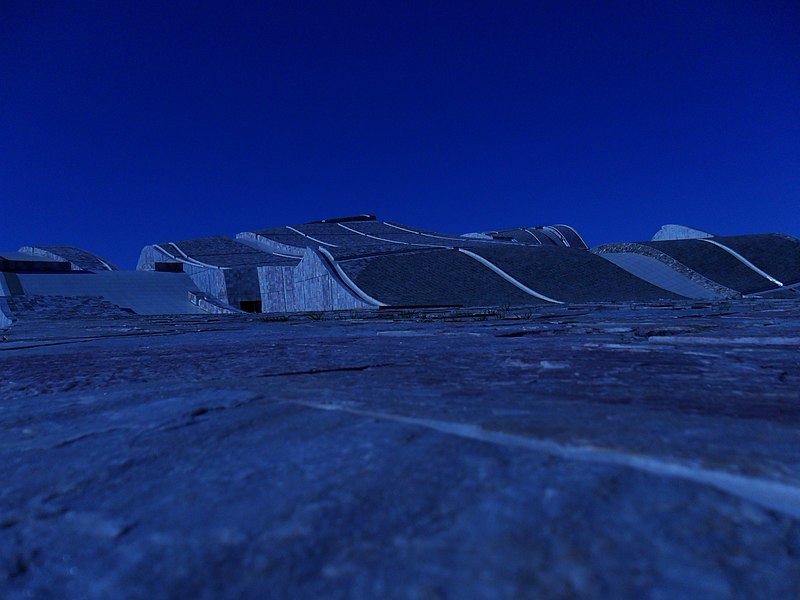 The simplistic curves of this building are appealing; with the concept being to make the buildings look like rolling hills. However, the high degree contours meant that the construction was challenging and expensive – the project to date has cost taxpayers more than £330 million, and the planned construction of two more buildings was terminated in 2013 due to costs. Each of the thousands of exterior windows has its very own unique shape – just one indicator of the lavish spending that went into constructing this ambitious and curvaceous project.

You wouldn’t get this sort of indulgence at Television Centre (or even MediaCity, come to think of it), but the Chinese state broadcaster is based here in what the locals affectionately refer to as ‘Big Pants’. Designers OMA refer to it as the joining up of the various TV facilities around the city into one final form. 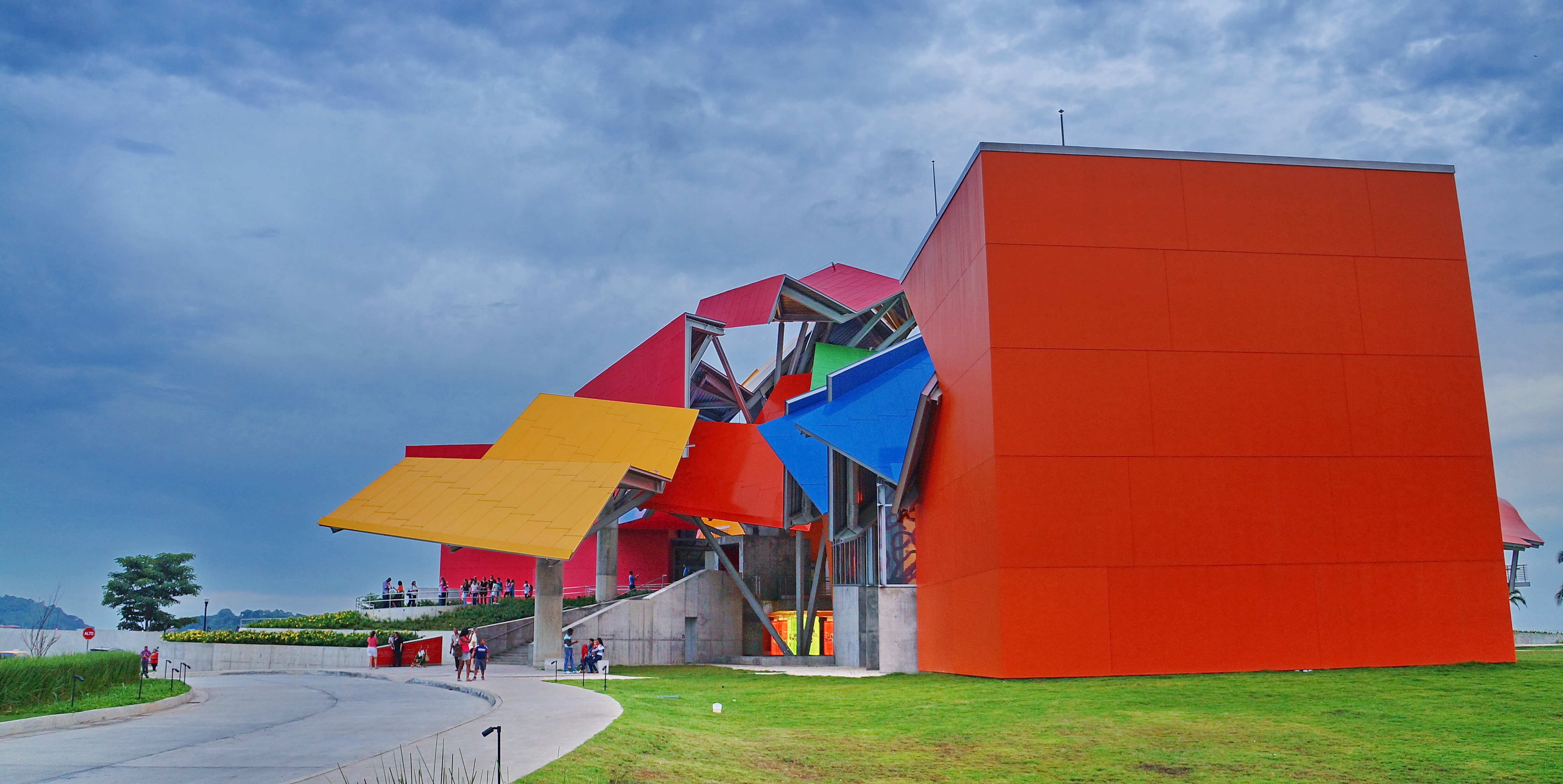 Completed in 2013, the undoubted ambition of this Hong Kong university facility’s designers has resulted in a very striking construction that’s sure to appeal to the 1,800 students and staff who will use it. On its website, the Council on Tall Buildings and Urban Habitat remarks on Innovation Tower’s ‘fluid’ character embracing the process of change – while there is that fluidity to the building it is completely at aesthetic odds with the rest of the burgeoning city around it.

In October 2014, another Frank Gehry design was opened to the public – this time in the Central American country of Panama. The Biomuseo was designed in such a way as to apparently highlight the importance of the country becoming part of the continental link between the Americas, millions of years ago. Gehry chose to highlight this geological feat with the most interesting use of colour to feature on our entire list – a design which one critic said possessed “the same caprice as a wide-eyed child in art class”.

As of 2013, this project sadly had received only 20% of the estimated 600 million euros required to start work, but the prospect of a luxury hotel under the water of what’s already one of the world’s most decadent cities does sound rather exciting. Imagine camping out underneath one of the amazing aquatic displays at the Sea Life Centre and you’re only part of the way towards the lofty ambitions of architect Joachim Hauser, who has also planned for other locations in China, Monaco and Oman.