Parks and recreation: the Victorian way

Landscape architect Frederick Law Olmstead once famously exclaimed that parks are ‘the lungs of the city’. Karl Wilkinson discusses the role of Victorian public parks – then and now – and considers what the future might hold for their design and purpose.

The economic, social and environmental benefits of urban parks are a much-debated topic, especially at a time when cities are more built-up than ever and there’s a real need to make drastic changes to the public realm.

As design and architecture continues to move towards public spaces that are all-encompassing and fully functioning for the user (, for example), new public park thinking is needed to ensure that these methodologies carry through the green space of our cities, so we can continue to create inclusive, accessible and resilient urban places.

During the Victorian period, urban parks were places to promenade and perhaps served as a venue for leisure-time activities that were the alternative to the frowned-upon hobbies of drinking or gambling. The parks’ purpose was to provide refuge from the bustling city and they became the responsibility of the wider community [1]. Once only enjoyed by the upper-middle class Victorian society, by the early 1860s the parks had become popular with the lower classes because of their proximity to the major urban centres [2]. No longer were they simply observatories of nature; they provided a base from which the upper-middle classes could watch the lower.

Thanks to the British brass band movement gaining popularity in the Victorian era, the bandstand became a staple feature of public parks, hosting concerts and other entertaining performances.

Back then, parks were primarily known for their beauty. However, in the modern day, urban green space has to do so much more than simply provide aesthetic appeal.

Let’s take a look at Victorian parks from around the UK: 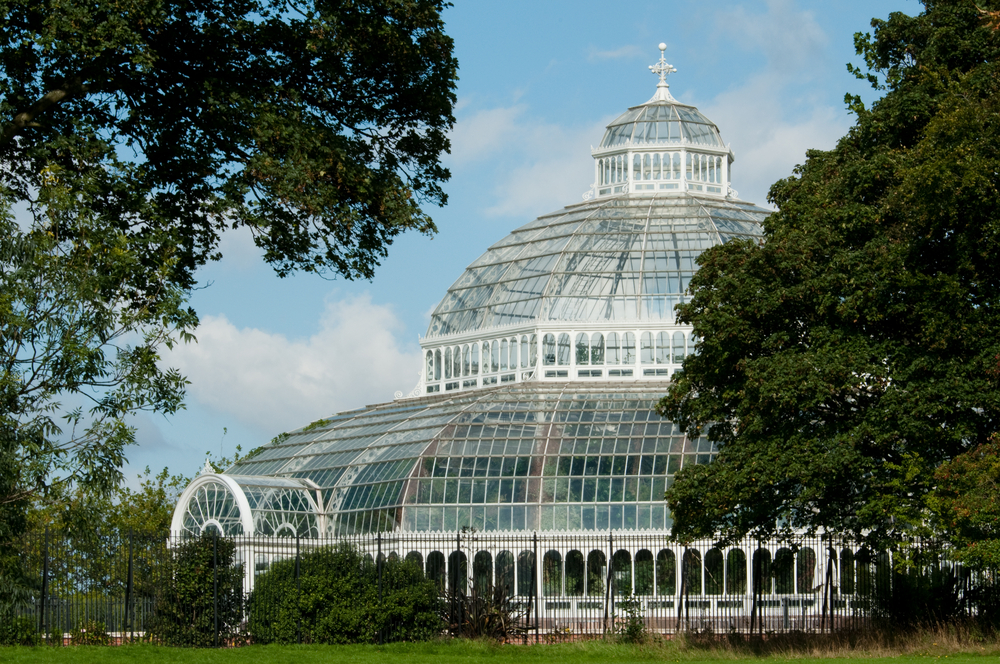 This Grade I-listed park covers an expansive 235 acres. French landscape architect Edouard André [3] won the competition for its design, working alongside Liverpool architect Lewis Hornblower in 1867. Features typical of the Victorian period include the Eros Fountain, follies, boathouses and a bandstand, while the outer edge of the park is lined with Victorian buildings.

The park is also home to Sefton Park Palm House, a Grade II-listed Victorian glasshouse that demonstrates stunning architecture in the tradition of Joseph Paxton, the designer of the Crystal Palace in London [4].

In the last decade, Sefton Park has been restored to its former Victorian glory, still being used by locals for socialising, leisurely walks and concerts in the bandstand. However, Palm House also hosts an average of 85 weddings a year, and other events to fund its upkeep and existence.

Described as ‘Britain’s first public park’, the Derby Arboretum was designed by horticulturist John Loudon after Joseph Strutt, a former mayor of Derby, donated an 11-acre plot of land in 1840[5]. Strutt ordered that the park be designed for the mill workers and citizens of the area to escape the expanding and urbanising town, and educate themselves about botany among the thousand species of trees and shrubs.

Original features included the Florentine Boar statue (said to have been destroyed by flying masonry during an air raid), a bandstand, a fountain and two bowling greens for locals to enjoy in their leisure time. An iron and glass building designed by Henry Duesbury, Borough Architect for Derby, also featured – erected in 1845 and demolished in the 1890s.

The Arboretum is now home to tree specimens from around the world, and even provided inspiration for New York’s Central Park. Some 175 years later, this public space continues to fulfil Strutt’s vision of making social improvements, and providing a place for relaxation and contemplation away from the hustle and bustle of the town. 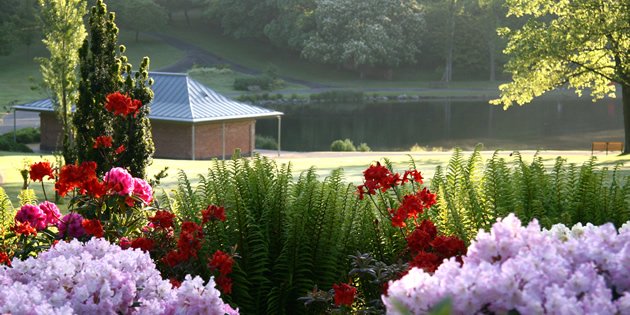 Handsworth Park, formerly known as Victoria Park, is another urban space to have benefited from a £8.5 million restoration scheme in the last decade[6]. Home to a boating lake (and now an accompanying café), bandstand, wooded avenues and a sports ground, recent work on the park has looked to reinstate old features of its Victorian splendour. The original landscape designer Richard Hartland Vertegans, who partially designed the park, was passionate about tree-lined boulevards that could take visitors to spaces of beauty they weren’t expecting to find. The park grew in size, as the Victorians began to desire more open spaces and access to recreation and fresh air[7].

Today, the park’s green landscape, children’s play area and leisure centre are a draw for all members of the community, and the pleasure grounds remain a place for social mixing and events interspersed throughout the year.

Considerations for the future

If our parks are to continue to flourish, we need to continue to maximise their benefits and uses, all the while reducing the costs of building and maintaining them.

The environment will inevitably continue to change and urban landscapes evolve, and our park designs and concepts must change to keep up with them. But how does that future look? Recent generations have designed parks with very different influences and purposes – take Mile End Park in Tower Hamlets, which is modern in every sense of the word and is divided up by roads and railway lines. Are the ecology parks, play arenas and sports parks all characteristic of Mile End what’s needed for today’s leisure time? Or does the simplicity and beauty of the Victorian park still have a place in the public realm?

Towards the end of last year, the University of Bradford was granted over £275,000 in funding[8] by the Arts and Humanities Research Council (AHRC) to support extensive research into the life, times and social order of Victorian public parks. The work will discuss the future prospects and experiences of the city parks both in the Victorian period and the present day.