Should all design be crowdfunded?

With the internet creating a level playing field for entrepreneurs eager to fund their new creative projects, architects and designers are anxious to see their works achieve the same level of exposure as the latest Hollywood title or long-awaited video game sequel. We ask whether crowdfunding is a viable solution for commercial design.

Ask, and ye shall (hopefully) receive – provided you can convince the internet that what you’re proposing is a must-have product, your strategy is sound and you are the idea’s rightful owner. This is what more than a quarter of a million projects have been able to do since the start of 2014, and why online crowdfunding has become a major contributor in democratising the creative process.

The power of crowdfunding

According to figures released by The Crowd Data Centre, 17.3 million people have pledged almost £1.2 billion in the past 22 months towards inventions, events, gizmos and gadgets – all manner of projects which have been set up and fully funded on crowdfunding websites such as IndieGoGo and Kickstarter.

For video game and film fans, being able to sample a new chapter of the tale is rewarding enough, but when it comes to design and architecture, the challenges faced in breaking new, non-virtual ground via crowdfunding platforms have already notably been faced and passed – more than a century ago.

The earliest example of crowdfunding in commercial design dates back to the 19th century, when ‘people power’ paid for the base of the Statue of Liberty. But can crowdfunding access the same groundswell of support for a new generation of architecture?

More recently we’ve seen the likes of the Thames Baths concept – a floating swimming pool filled with filtered water from the river Thames, which raised over £140,000 on Kickstarter in just a few weeks. And the Spacehive crowdfunding platform, dedicated to public space projects, which aims to raise money for smaller projects in the UK that are seeking funding. 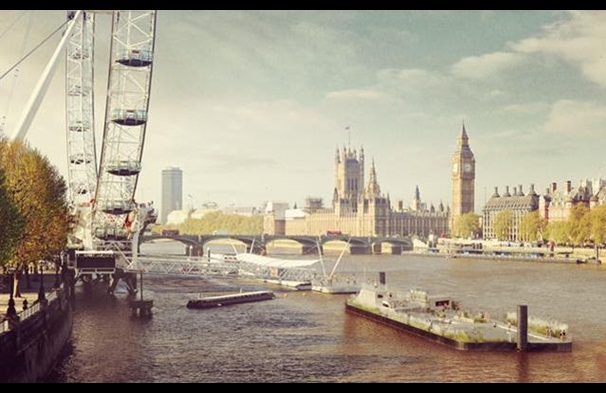 In 1885, the Statue of Liberty arrived in New York City as a gift from France. Although the 150-foot statue was mostly complete, funding to finish the granite plinth on which it was to stand had run out. Faced with the prospect of seeing the project cancelled or, at best, pledging to relocate the statue to a different city, New York media magnate Joseph Pulitzer launched a fundraising campaign in his newspaper that would bring in more than the $100,000 that was required to complete the pedestal – the goal was equal to almost $2.5 million in today’s money. Most notable was the sheer amount of donations. More than 125,000 people ‘backed’ the campaign, three-quarters of whom gave less than a dollar, to see the dream realised in their city. The New York World newspaper would publish the names of each and every contributor by way of thanks – a perk which most online crowdfunding projects include to this day.

In giving what they could afford, supporters of the Statue of Liberty clearly realised the true value of the symbolic project. Happily, we can point to some examples of architecture that are not only funded by the people, for the people, but have increased the profile of entire cities and celebrated their democratic achievement in doing so.

The Luchtsingel in Rotterdam is more than just the bridge which links its neighboring buildings together – it is the world’s first crowdfunded public infrastructure. Rotterdam residents were growing worried by the city’s reluctance to develop new sites and attractions, and local firm ZUS took it upon themselves to design and create a region of the city which would revitalise local business. Beginning with the transformation of an office building into an ‘incubator’ for local entrepreneurs and adding self-sustaining features like a rooftop farm and a ground-floor shop, the building became a new hub for local activity. 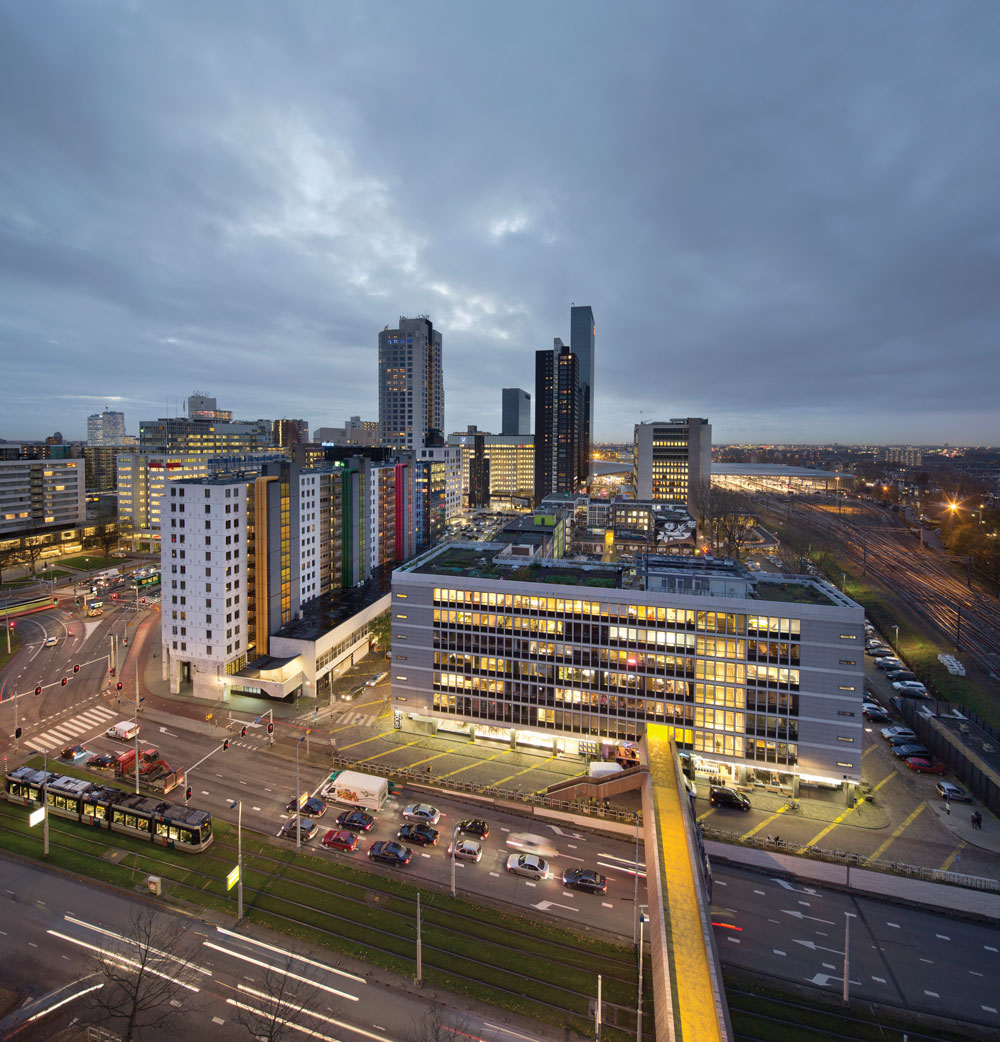 Following on from this, they redeveloped a local children’s playground and added more green space, along with an area of bars and another huge office block. The scheme then added an expansive yellow bridge, linking each of these sites together. To fund this work, members of the public could buy an individual plank inscribed with their name, for €25, which made up the bridge. Over 8,000 boards were sold altogether. This granted the whole project an aura of ownership and the knowledge that they’ve contributed to something special.

A far less practical application of crowdfunding, but something very symbolic of the changing times, is the Kickstarter campaign to build a steam ring generator atop the Amager Bakke waste-to-energy plant in Copenhagen.

Not content with being the tallest construction in the city, the sloped roof of the plant is also set to double up as Denmark’s first ski slope. But when designers Bjarke Ingels and Jakob Lange took to Kickstarter to announce their ongoing work towards the plant’s symbolic addition, the project raised almost twice the $15,000 needed to produce a third prototype, following the successful build of the first two. The generator will emit a steam ring over Copenhagen’s skies for every tonne of CO2 produced by the plant, and will be the fourth iteration once testing is complete on the third, which has seen the builds grow progressively larger towards the final scaled product. 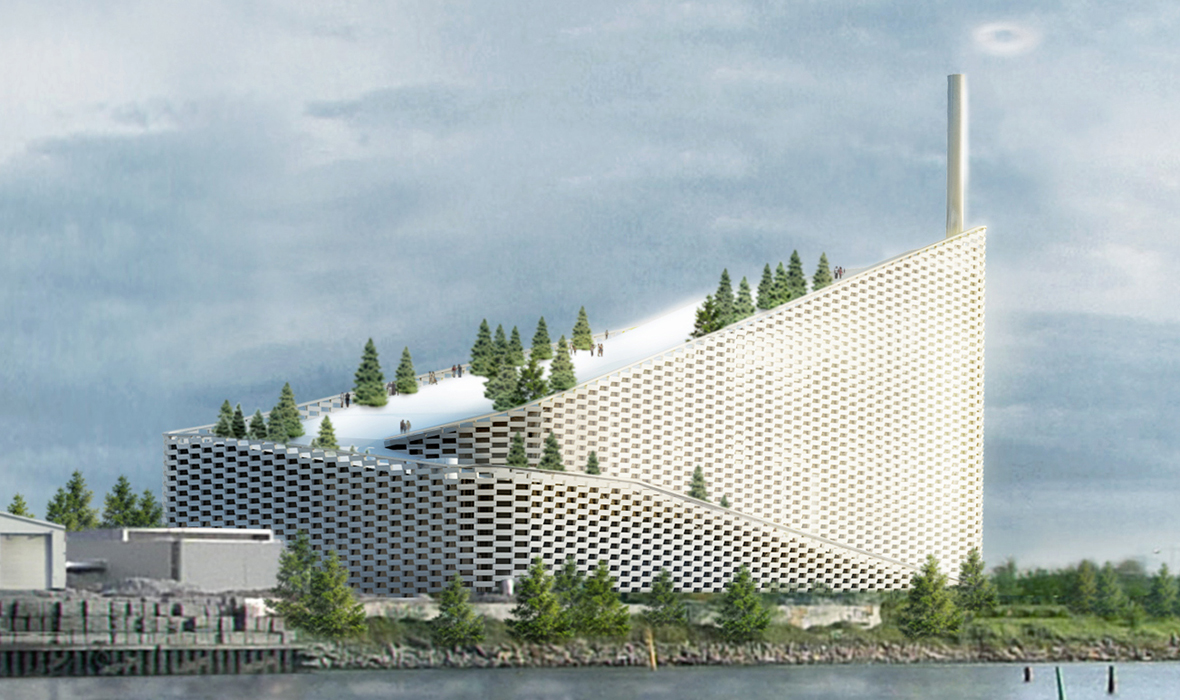 The Amager Bakke Plant by Bjarke Ingels – Image via dwell.com

“By sweeping nothing under the carpet, but rather projecting our carbon footprint onto the Copenhagen sky, we provide every single citizen intuitive information to help them inform the decisions they make for their lives and for the city that they want to live in.”

Alongside the A3 posters and design guides offered by the Danish designers – and even more than the trips being offered to see it in action – in pledging to this project, backers felt that they were making a difference to the fight for sustainability.

Above all, making a difference is what drives backers to pledge to a new design project. Rather than being gifted with goodies, making a statement with the steam ring generator or changing the face of an entire city with the Luchtsingel is what should attract potential investors to contribute to a design project.

The project has to be more than mere vanity – a simple glance at any of the buildings on our ‘Most Eccentric’ list should tell you that the projects we’ve discussed are about more than standing out in the crowd. Adding form and function to the cityscape and having your own voice heard matters more to the people in charge of the projects than building a potential eyesore and risking criticism.

It’s the duty of those launching crowdfunding campaigns to ensure that the projects they propose are done for a worthwhile cause – being socially and environmentally aware of both the city’s needs and what their hopeful audience can afford to pitch in. Without detailed plans and proposals, backers may not be willing to stake their claim in a project that could change at any time, let alone in the final vision. For those who vote with their wallets, the feeling of contributing to something they find a special enough case should vindicate the planners who are taking a gamble on producing something they feel is worthwhile – whether that’s a vital enhancement of the local community or another chapter in their fictional heroes’ saga.