We love pioneering and challenging design – not just our own, but other people’s too.  So we’re always spying on projects from around the world to see how new technologies are being pushed: particularly where they unite design, lighting and architecture to create spectacular ‘cultural’ celebrations.

Here are some stunning examples we’ve recently found. Relax, enjoy and start your day with these beautiful examples of inspirational landscape design projects.

Gardens by the Bay  and the Supertrees 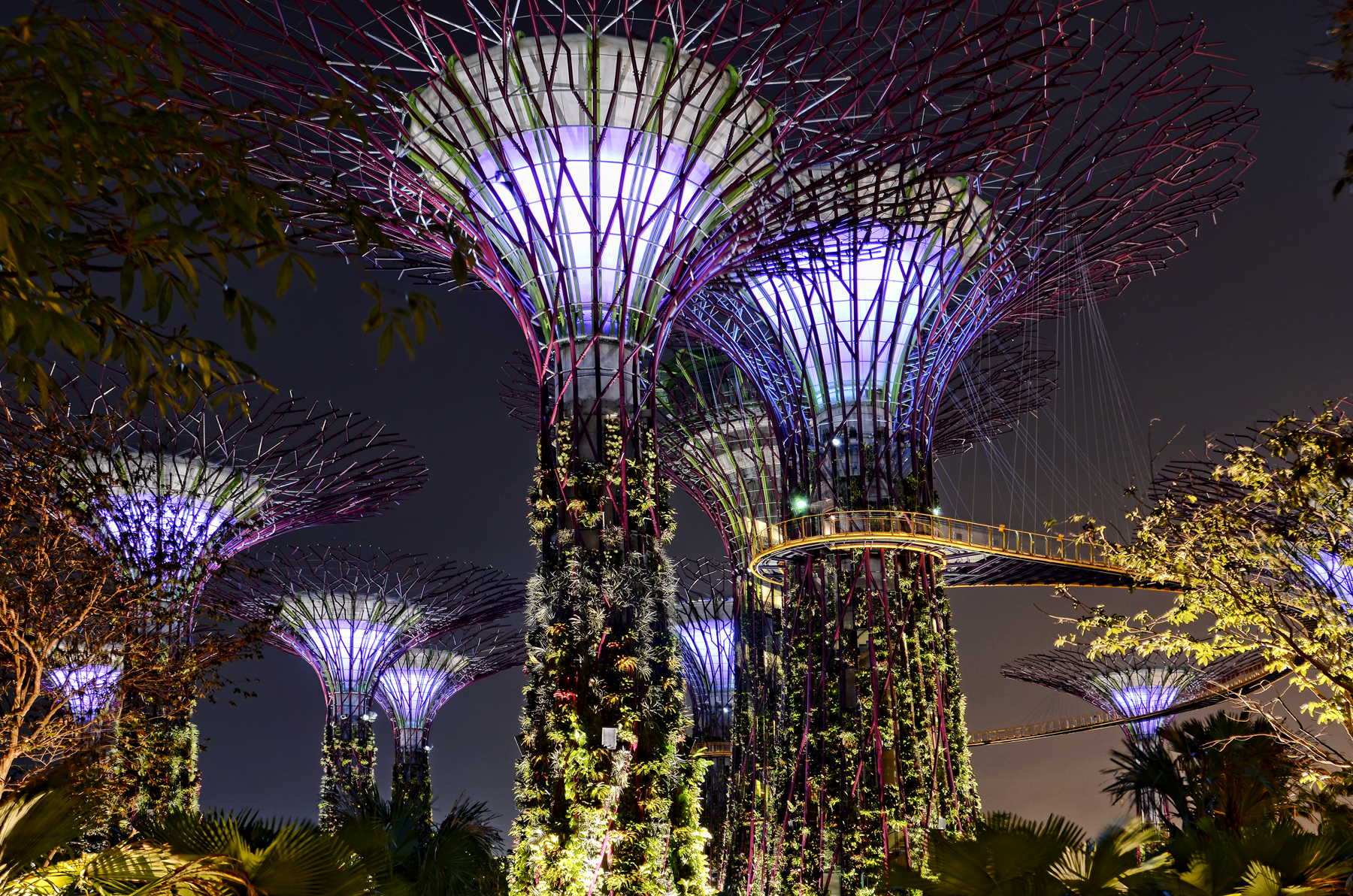 Since July the 101-hectare ‘Gardens by the Bay’ has become a new addition to the ever-evolving architectural landscape of Singapore. The UK-based landscape architecture practice Grant Associates designed this lively garden showcase, in which the main highlight are the Supertrees.

Stretching 25-50 metres into the sky and linked by walkways, these trees aren’t just here to impress. Their giant steel and concrete trunks are enriched with sustainable energy and water technologies, bringing together the very best of solar power and ‘vertical gardening’.  What are described as “environmental engines” exhibit a display of greenery whilst ‘biomimicking’ some of the ecological functions of natural trees, like water collection. By night the trees come to life with an exhilarating display of light and sound using electricity generated through integral photovoltaic systems. 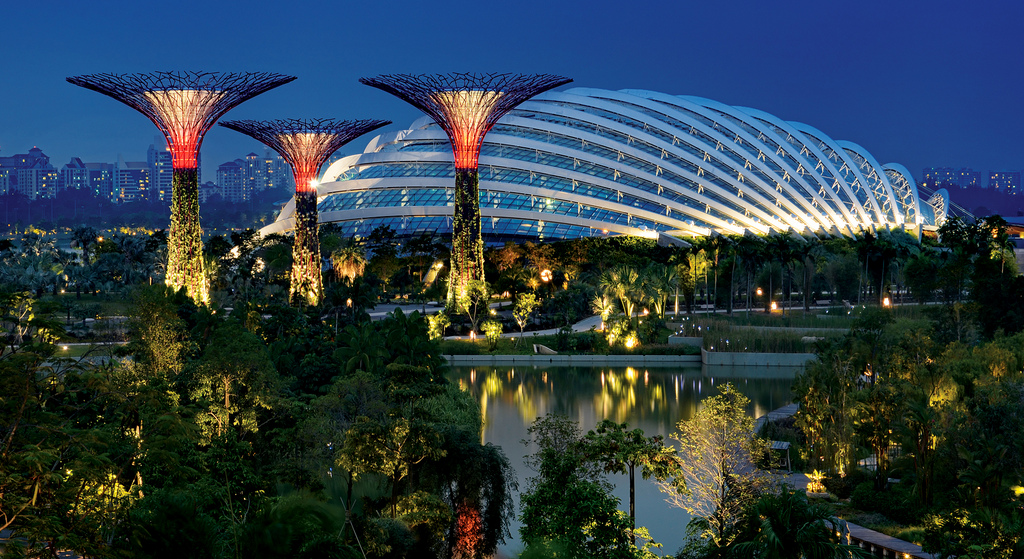 We’re not surprised that over 1 million people have already seen this project as it’s a hugely significant advancement in the already growing force of Asian landscape architecture. It’s also considered to be the largest garden project of its kind in the world and was crowned ’World Building of the Year’ at the World Architecture Festival 2012. 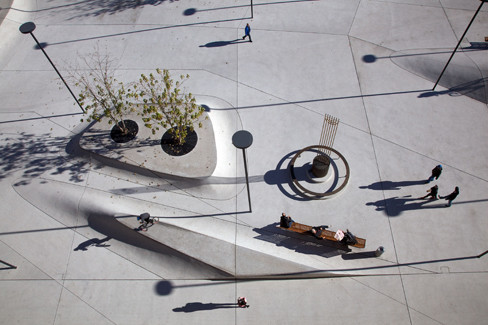 Can an empty and neglected square win over both hearts and minds through urban design? If that space is the new Eduard-Wallnöfer-Platz (Landhausplatz) in Innsbruck, the answer is most definitely “yes”.  Before the transformation took place, the square’s atmosphere and spatial appearance was dominated by the Tyrolean provincial governmental building from the period of National Socialism, and a large scale memorial that looked like a fascist monument. In spite of its visual appearance this was, in fact, a freedom monument commemorating the resistance against, and the liberation from, National Socialism. The proposed landscape design sought to remedy existing misconceptions and to reinforce the monument’s historical significance. 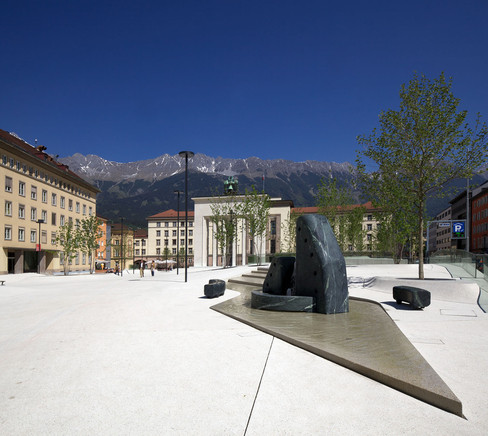 Completed in collaboration with Christopher Grüner, the 9000 square metre Landhausplatz Square retains the site’s four monuments with the addition of new trees, benches, lighting, a fountain and drinking fountains. The new square has already become an urban focal point with sculptured concrete floor, half-pipes and circular interruptions for planted trees adding to the ambience.

LAAC say that their goal was to create a modern urban that felt like both a landscape and an extended urban sculpture.  The number of people now using the square would suggest they have been successful! 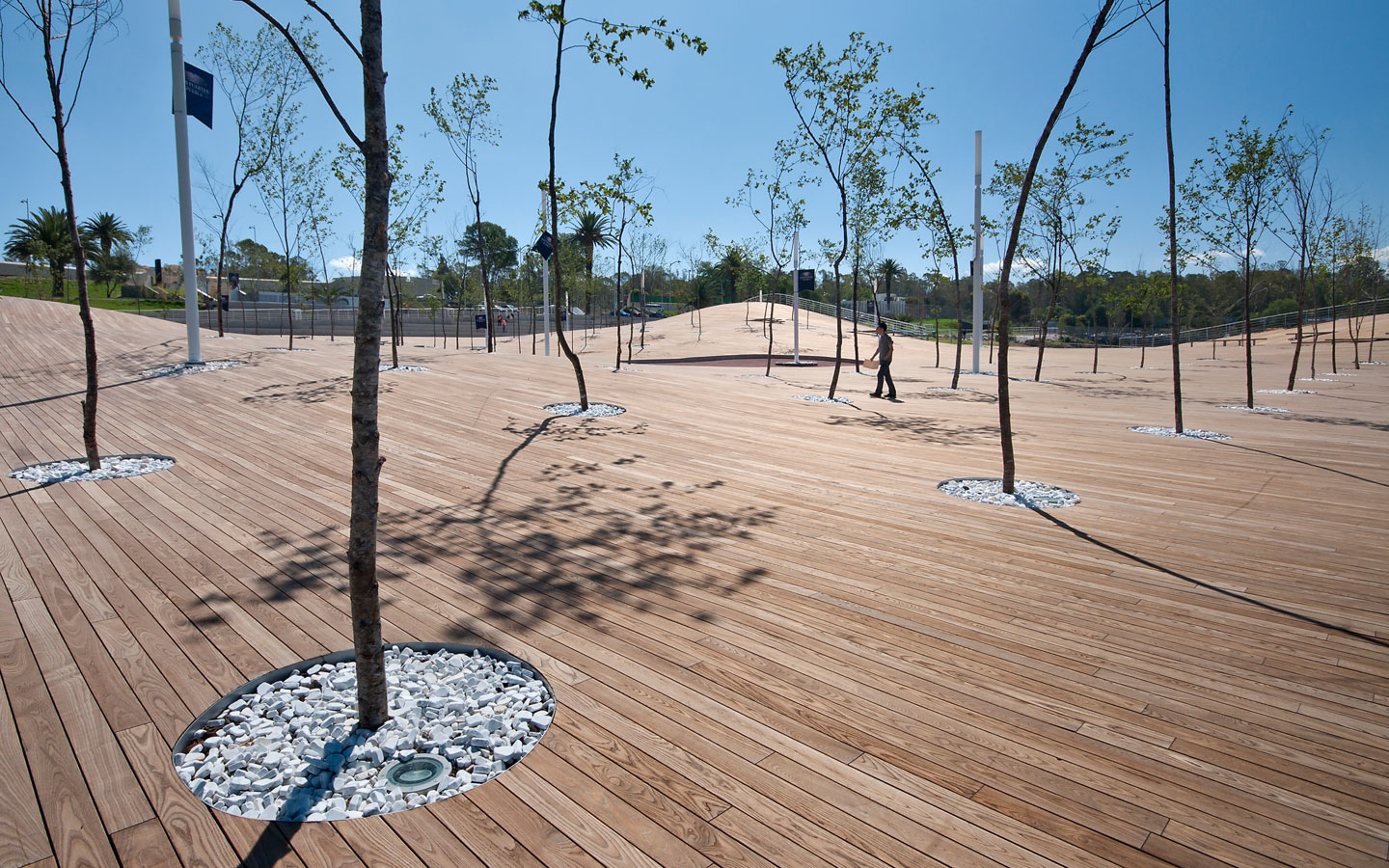 When you think of great battles and their anniversaries, do any striking public realm designs come to mind? Architect Enrique Norten of TEN Arquitectos proposed the idea of uniting history and design, while enhancing the original topography at an important site in Mexican history to commemorate the 150th anniversary of the Battle of Puebla.  Arquitectos’ proposals incorporated specific features to represent detail of the battle; for example, light poles around the square denote the number of battalions that fought, while the 150 trees planted signify the most important battles that occurred. 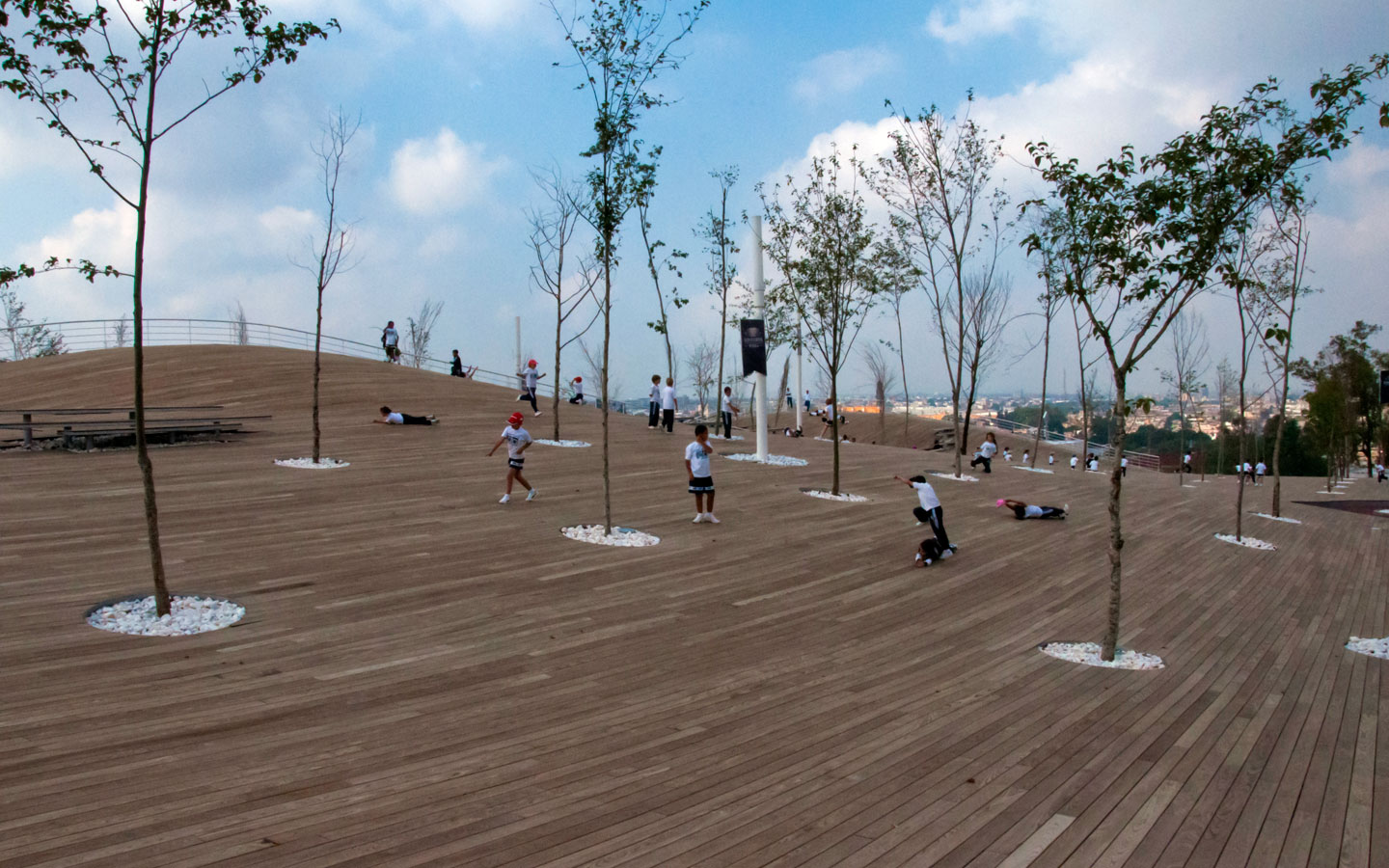 Emblematic Monument by Enrique Norten of TEN Arquitectos
The park’s design, and particularly the recreation of the original battleground topography using overlapping wooden layers, allows the space to be both an area for children to play and the elderly to relax while enjoying sweeping views over the city.  It also ensures that the battle itself, an important event in the cultural development of the Pueblan people, will never be forgotten.
Water Cathedral by GUN Architects

Water Cathedral by GUN Architects
This temporary installation by GUN Architects, which appears to be a cross between a cavern and cathedral, was created as a cooling refuge from the insanely hot summers endured by citizens of the Chilean capital of Santiago.

The Water Cathedral, Winner of ‘The Young Architect Programme', creates a mysterious landscape through the installation of stalactites that varying in both height and density. The semi-dark atmosphere was achieved by topographic lines on the floor and ceiling which created sunny and shady areas within the sculpture. 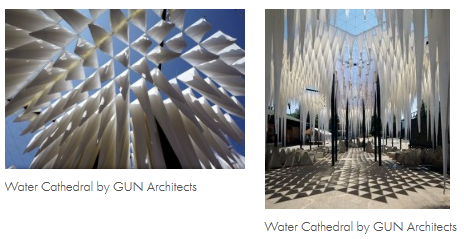 This horizontal nave is also animated by rainwater that flows through the stalactites, so that droplets cool the visitors below as they relax on urban furniture, provided in peaceful sitting areas. The Water Cathedral beautifully illustrates how space, texture and pattern can work together to create rich, defining interiors.